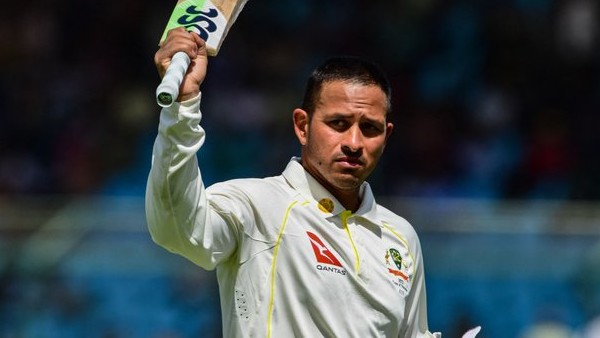 new Delhi. In the recently concluded Test series between Australia and Pakistan, Australian player of Pakistani origin Usman Khawaja performed brilliantly, due to which his team managed to win the series 1-0. This has now benefited this batsman in the ICC Test batting rankings, who has achieved a career-best Test ranking. Australia had to face a draw in the first two matches of the series, after which their team managed to win the last Test match played in Lahore.

Usman Khawaja scored 496 runs in this Test series against Pakistan at an average of 165.33, which included two centuries and two half-centuries. Usman Khawaja’s innings of 97, 160, 44*, 91 and 104* on the Pakistan tour appeared to be an extension of his good form that started in the Ashes against England this year. In the Sydney Test played against England in the Ashes series, Khawaja scored a century in both the innings, which the England team managed to draw.

Read more: ‘These franchises are battered in every department of the game’, former cricketer told who are the weakest teams of IPL 2022

However, the England team had to face a 4-0 defeat in the Ashes. Usman Khawaja has leapfrogged his compatriots David Warner, Rishabh Pant, Virat Kohli, Travis Head and Rohit Sharma to jump six places in the Test rankings to reach a career-best 7th position. Like Khawaja, Abdullah Shafiq, who scored runs for Pakistan in this series (397 runs in 6 innings at an average of 79.40), scored a century and two half-centuries and with the help of this he jumped 22 places to reach the top 40. Huh.

On the other hand, his partner Mohammad Rizwan has jumped 8 places to 19th position. Meanwhile, Marnus Labuschagne has retained the first position, while Steve Smith is second, Kane Williamson third and Joe Root fourth. Meanwhile, Ravichandran Ashwin has overtaken Jason Holder to occupy the second position in the all-rounder’s ranking and Ravindra Jadeja is in the first position.

Read more: IPL 2022: The young player of every team who left a mark in the opening match, made a special identity

Kyle Meyers jumped 29 places to be ranked 11th. Meyers has also jumped 33 places to be at 48th position in the bowlers’ rankings. At the same time, Australia’s captain Pat Cummins has captured the 11th position with 12 wickets against Pakistan.

RCB vs KKR: KKR’s breath stuck till the last over, RCB won in low scoring thriller

In IPL 2022, the team is new but the problem is the same, the captaincy of KL Rahul should not be overshadowed by Lucknow.