'If a girl wears a hijab, then it is...', Miss Universe Harnaaz jumped into the hijab controversy, gave a big statement
Advertisement 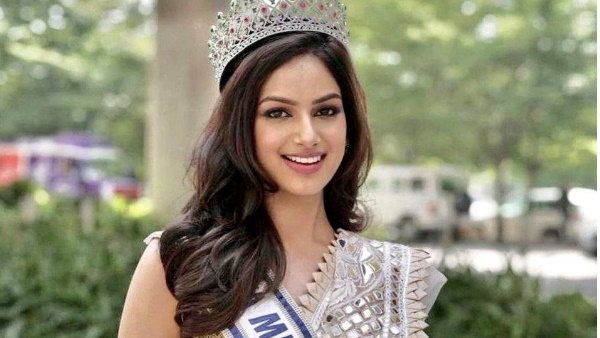 Actually, Harnaaz had attended an event, in which a journalist asked her a question about the hijab. When asked by the journalist, the host of the program forbade the reporter to ask political questions, but Harnaaz answered his question. He said, ‘Why do you always target girls? You are still targeting me. For example, girls are also being targeted on the issue of hijab.

After the statement, people targeted on social media

Harnaaz further said that, let them (girls) live the way they want, let them reach their destination, don’t bite on them, if you want to bite then you should bite yourself. People are reacting on social media after Harnaaz’s statement on hijab. The user wrote on Twitter, ‘If Muslim girls want to study, fly, stay within their religious circles without violating the constitution, then why are they objecting…. Some people have shared pictures of girls from Karnataka wearing hijab who have won medals.

Karnataka High Court has given verdict on Hijab controversy

Let us tell you that recently there was a lot of controversy in Karnataka regarding Hijab. After which the matter reached the High Court. The High Court had heard the matter for several days. After the hearing, the High Court observed that while supporting the ban on wearing hijab in classrooms, it was held that hijab is not a necessary religious practice. On Thursday, the Supreme Court refused to urgently hear the petitions challenging the Karnataka High Court’s decision.

After 21 years, India’s daughter won the title of Miss Universe

21-year-old Harnaaz Sandhu was born in a Sikh family. Harnaaz, a fitness and yoga lover, started participating in every stage of beauty pageants during her teenage days. In 2017, Harnaaz won the title of Miss Chandigarh. Harnaaz Kaur Sandhu has also acted in Punjabi films like ‘Yaara Diya Poo Baran’ and ‘Bai Ji Kuttange’. In 2018, Harnaaz was awarded the crown of Miss Max Emerging Star India 2018. After winning two coveted titles, Harnaaz participated in Miss India 2019 where she managed to make it to the top 12.

Another explosion on the Sun, a geomagnetic storm will hit the Earth on this day, the speed will be 21,85,200 km per hour