'If Adesh Gupta does not remove the encroachment, he will go with the bulldozer to his house', warns AAP
Advertisement 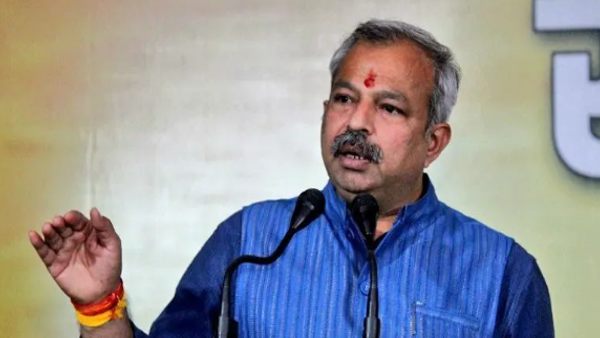 New Delhi, May 13. After the anti-encroachment campaign in Delhi, the war of words between BJP and AAP has intensified. Aam Aadmi Party has given a stern warning to BJP Delhi chief Adesh Gupta today. AAP announced that if Gupta did not remove the encroachment by 11 am tomorrow, he would go to his house with a bulldozer. At the same time, this rhetoric of AAP has come to the fore after the arrest of AAP MLA Amanatullah Khan from Madanpur Khadar area of ​​Delhi.

A heated verbal war between the BJP and AAP has intensified after the arrest of AAP MLA Amanatullah Khan from South-East Delhi’s Madanpur Khadar area on Thursday. Recently, after the removal of encroachments in the BJP-ruled civic bodies in Delhi, AAP is now targeting the BJP. The AAP has been directly asked to remove the encroachment outside his house. It has been said on behalf of AAP that Adesh Gupta has occupied public land for his house and office. A complaint was lodged but no action was taken.

Delhi Deputy CM Manish Sisodia on Friday accused the BJP of extortion through bulldozer threats. Sisodia said that in this way BJP has planned to demolish 63 lakh houses in Delhi. At the same time, AAP leader Amanatullah Khan was warned to reach his house with a bulldozer if he did not remove it directly.

Chhattisgarh: You have entered the field of saving Hasdev Aranya, will siege the CM House for not stopping the felling of trees.