'If I was the coach, I would not have allowed to bat like this', former veteran lashed out at KL Rahul
Advertisement 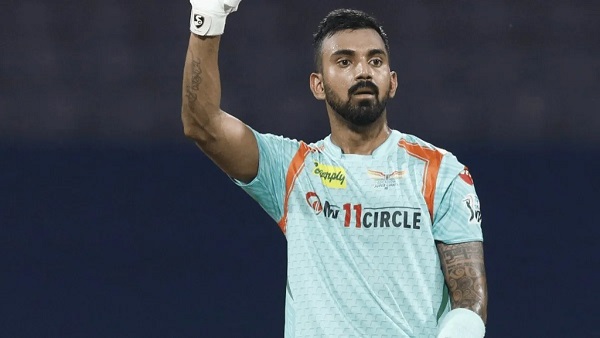 New Delhi. The KL Rahul-led Lucknow Super Giants (LSG) were knocked out of the Indian Premier League (IPL) 2022 after a 14-run loss against Royal Challengers Bangalore (RCB). Chasing 207 runs, Lucknow scored 193 runs in 20 overs. Rahul played an innings of 79 runs in 58 balls, but it was washed away.

Rahul’s innings against RCB was hit by three fours and five sixes and Josh Hazlewood’s delivery ended after being caught directly by Shahbaz Ahmed. Sharing a piece of advice for Rahul, Manjrekar said that if he were his coach, he would have asked him to focus on batting fast and not stay at the crease for longer.

Also read- Harshal Patel said – Yes I was nervous at that time, no doubt about it

Manjrekar said, “KL Rahul has the ability to finish the match. Every time he has decided to play big shots, he has been successful. He played some great shots against Hazlewood. He can do it whenever he wants. But his attitude or an attitude is that he wants to bat longer. And if I were Rahul’s coach, I would not let him bat like that even if he is the captain. The teams he has played for, For him, we have seen results in many matches where KL Rahul would have benefited a lot if he batted faster instead of playing longer.”

Manjrekar also said that the finishers who are due to their slow innings do not get much time to play. Manjrekar said, “Quinton de Kock’s wicket was very important because after that KL Rahul could not build up the pressure. KL Rahul’s innings is something that we have seen before, when he was the captain of Punjab Kings, the team was chasing the target. You see Rahul at the crease till the end. He would have lost three or four wickets and Nicholas Pooran and Evin Lewis come in the last two overs but could not finish the match. Now here too Krunal and There was Stoinis who can finish the match, but before that Rahul will have to play fast.

Video: Fan entered in the middle of the Eliminator match, Virat Kohli’s reaction on the police as he did it went viral