'If it had done so, Chennai could have reached the playoffs', Ravi Shastri told where did CSK go wrong in IPL 2022
Advertisement 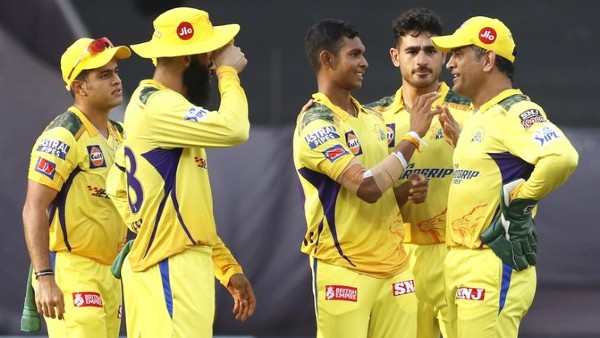 Deepak Chahar out of season due to double injury

In the midst of these failures, CSK had a special performance for young pacers Mukesh Chaudhary and Simarjit Singh, who have emerged as big hopes for the next season in the absence of the legendary bowlers. It is noteworthy that Deepak Chahar suffered a back injury during the series played against the West Indies in February, after which he was ruled out of the first few matches, but in April, when he was about to return to the NCA after recovering, then again due to hamstring injury. Injured and ruled out for the whole season. His absence affected CSK’s performance the most this year and due to this, CSK’s team had to face consecutive defeats in the first 4 matches.

Had I played, I would have gotten a lot of wickets.

Deepak Chahar became the second most expensive player in the IPL 2022 auction and was included in his camp by the CSK team by paying Rs 14 crore. Chahar is known for his ability to swing with the new ball and take wickets in the powerplay but he could not play the role for his team due to injury. Former India head coach Ravi Shastri believes that if Deepak Chahar had been available for CSK this season, he would have made a mark with his ability to pick up quick wickets.

The pitches were according to Deepak Chahar’s bowling

Speaking with ESPN Cricinfo, Shastri said, “The biggest problem for CSK this season was the absence of Deepak Chahar, he is the kind of bowler who takes you a couple of wickets in the beginning and he The CSK team has missed a lot. Had he played, he would have taken a lot of wickets this season considering the pitch. There was some swing on the pitch with the new ball and it looked very good for his game.

Shastri further said that Chennai will look to invest in their youth despite having a bad season in IPL 2022 and is sure that the CSK team needs some middle-order batsmen and fast bowlers which they will get during the transfer window. will try to do.

He said, ‘If MS Dhoni captains the next season, then he would like to retain bowlers like Mukesh Chaudhary, Simarjit Singh and Mahish Teekshna in the team. These players will absolutely do better in their performance. However, as soon as the transfer window opens, the CSK team will try to include some middle order batsmen and fast bowlers in their camp.

Dhoni will be seen playing next season too

It is worth noting that while the performance of Chennai Super Kings was like a nightmare for his fans, at the same time after the last match, Dhoni made all the fans happy by telling that he will be seen playing for the team next season too. Will come Dhoni put a full stop on all the speculations that this could prove to be his last season.

Dhoni said after the toss of the last league match played against Rajasthan, ‘Absolutely I will be seen playing next year. It would be quite wrong if I say thank you to the fans there instead of playing in Chennai. It would be great for CSK fans to bid goodbye to this format by playing at Chepauk.

Those players of the Under-19 World Cup winning team who did not play a single match in IPL, sat on the bench and took out the entire season