If PM who contested from Kashi is not an outsider then how am I: Shatrughan Sinha
Advertisement 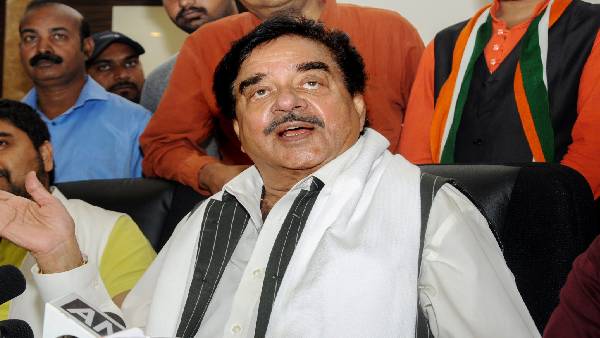 Kolkata, March 21: Famous film personality and politician Shatrughan Sinha has been fielded by TMC as its candidate in the by-election to the Asansol Lok Sabha seat. In such a situation, now Shatrughan Sinha reached Asansol on Sunday night to campaign for the elections. During this, while attacking the PM, he has retaliated against the remarks calling him an outsider.

Actually, by-elections to one Lok Sabha and one assembly seat of West Bengal are to be held on April 12. In such a situation, Mamta Banerjee has made Shatrughan Sinha as her candidate from Asansol, the second big city of the state. Now while talking to the media on reaching Asansol, Shatrughan Sinha praised Mamta Banerjee fiercely and targeted PM Modi.

CM Mamata Ji is a true historic leader, a tigress. I’m here on her invitation. I have faith in the public of Asansol & WB, we’ll win, justice will win… ask them (BJP) how can I be an outsider if PM, contesting from Kashi, isn’t: Shatrughan Sinha, TMC Asansol candidate pic.twitter.com/eKfZtPUVug

In his statement, the TMC candidate said, ‘I have come here on the invitation of Chief Minister Mamata Banerjee. I have full faith in Asansol and the people of West Bengal, we will win, justice will win. Along with this, while praising Mamta Banerjee, he called her a true historical leader and tigress.

On the other hand, while reversing the statement of BJP calling him an outsider, Shatrughan Sinha said that ask them (BJP) that if the PM who contested from Kashi is not an outsider then how can I be an outsider. Let us tell you that TMC candidates will file their nominations on Monday. BJP has fielded Agnimitra Paul to take on Shatrughan Sinha from here.

Let us tell you that the by-elections to the Asansol Lok Sabha and Ballygunge assembly seat will be held on April 12 and the counting of votes will be done on April 16. Babul Supriyo was the BJP MP from Asansol, but later he also resigned from his Lok Sabha member’s post with the party, after which by-elections are being held here.

Who is Ashok Kumar Mittal? Chancellor of LPU, who has been made Rajya Sabha candidate from Punjab by AAP