If RCB becomes champion then this player will be remembered, Kohli told the name
Advertisement 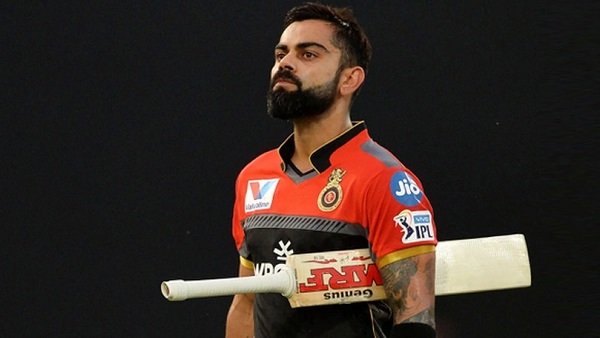 Yes, Kohli said, “If RCB wins the title, they will remember AB de Villiers.” AB de Villiers played 184 IPL matches, scoring 5162 runs at an average of 39.71 and a strike rate of 151.69. He said goodbye to his illustrious career in November 2021, before the start of this year’s tournament.

On the RCC website, Kohli recalled the moment he heard from de Villiers that he would not play anymore. Speaking on the official website of the franchise, Kohli said that he got emotional when he heard the news. Kohli was asked if AB de Villiers not being in the team is strange? Kohli said, “It is very strange. I clearly remember that when he finally decided not to play, he sent me a voice note. And, I still remember that we were back from Dubai after the World Cup. Were coming home, and I sent him a voice message and I opened it and listened.”

i was so emotional

Kohli further said, “Anushka was with me and I looked at her. He said, don’t tell me. She knew. I kind of had an impact during the last IPL. He kept telling me, our rooms were next to each other. I want to see you for coffee. These days I was getting nervous, it seemed as if I am not sitting with you, then I used to think that there was something wrong. De Villiers said that I just want to sit and chat with you, it has been a while. And he never talks like that, you know, because we talk all the time. I knew something was cooking. It’s a very strange feeling, I became very emotional, the voice note was also very emotional for me when he said I would not play.

Rahul, Hardik both made a mistake each in captaincy, Aakash Chopra told where he missed