If these rules are included in IPL 2022 then the tournament will change, popularity will double
Advertisement 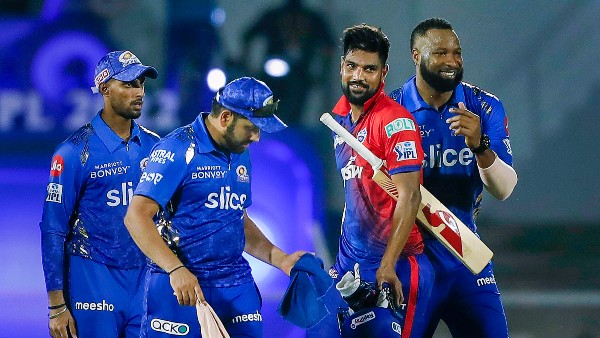 Eighth instead of six

Along with T20 cricket, fans are getting to see long boundaries, but at present, no matter how far the ball goes on crossing the boundary, the batter gets only 6 runs, if this rule is changed to 100m or longer boundary. If the rule of 8 runs was made on the shot, then 8 runs could also be chased off the last ball.

Powersurge rule should be applicable in IPL

At present, there is a powerplay of 6 overs, if it is divided into two parts of 4 and 2 overs, one mandatory and the other optional, then the batting team can take good advantage of it. If this rule is implemented in IPL then teams can use their lost momentum to get back and get out of trouble. This rule is called PowerSurge which is also used in Big Bash League.

In form bowlers get extra overs

T20 cricket has become a batsmen’s game, in which quick runs and big boundaries are seen, so this rule can be used to give advantage to the bowlers. At present, any bowler can bowl a maximum of 4 overs, so the extra one over given to these in-form bowlers has the power to change the course of the entire match. This rule will prove to be very important in the thrilling matches of the last over.

In IPL, each team is given a certain number of points for winning, then it does not matter how much before they do 20 overs. In such a situation, if the team wins within 10 overs or so, then it should get a bonus point. This will make the math of the playoffs more exciting and the race for qualification much better.

Penalty for runs on slow over rate

There is currently a provision to impose a penalty for slow over rate, which is deducted from the match fee, although this can be curbed if a fine of 5 or 10 runs per over is imposed along with a monetary fine. The MCC, which changes the rules of cricket, had announced many major changes before the tournament, due to which now the new batsman comes on strike after being dismissed, even if the strike has changed during the catch out.

IPL 2022: This fanatic will be included in the Delhi team, was sold in the auction for crores

PAK vs AUS: Babar created history by leaving Kohli behind, became the first Asian to do so