If this is a change, then many champions in sports will be seen in India too, Kapil Dev told the need of the country
Advertisement 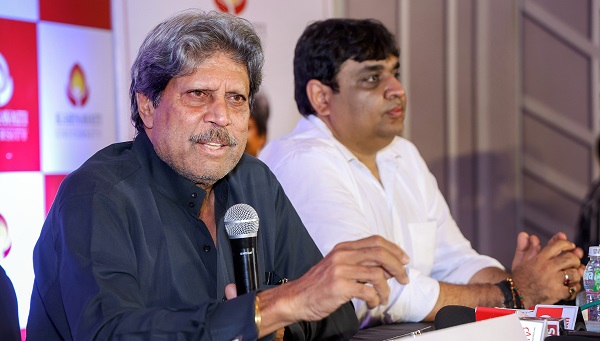 There is still that atmosphere of the game to be

There has been a lot of craze about sports and due to more glamor and money coming here than before, the youth have started showing seriousness in sports as a profession. Despite this, some flaws still remain. Compared to other developed countries of the world, India still has that sporting environment which creates a sporting society where you get to see not one but hundreds of champions. There is hardly one Neeraj Chopra born in India, seeing whom the next generation can progress, but there is a need for many Neeraj Chopras.

Parents are more important than children

Kapil Dev believes that if sports culture is to be created in India, then it is the attitude of the parents more important than the work being done by the government or the hard work done by the children at the individual level. If parents have a vision to take the sport seriously, their child will naturally take the sport to heart and try their best to be a professional. Kapil believes that the attitude of parents rather than children is more important for developing a sports society in India.

There is a need to change the mentality of parents

Kapil said that certainly the mentality of Indian parents has changed in the past few years when it comes to sports but more needs to be changed. Kapil Dev was also recalling India’s historic win in the Thomas Cup at an event in New York on Tuesday and during this he was asked some questions, to which he answered. One such question was asked by PTI that what change does Kapil Dev see in Indian sports in the last few years that India has achieved so much at the international level?

Kapil says during this that parents are more important than children. Because we want to make our children more doctors, scientists, engineers, then our country is making them in large numbers. The day we accept our children to become sports persons, we will produce many champions. The event was filled with fans of the Indian community and cricket. Kapil Dev, considered one of the greatest all-rounders in the world, gives an example of his own, saying, “If my daughter was in class X and she had to play in India at the junior level, I would have said give your exams first. .

Mother’s point of view is different in foreign countries

“But in countries like America, Europe and Australia, you can get your kids to take the exam for sports and be told that you take the exam next year. Right now this thinking process has not changed in our country but the change is slowly. That’s why I said that in our society, the way we live, parents are more important than children at the moment.

Sports kit had to be hidden in a school bag

Kapil remembers how he used to hide his sports equipment in his school bag during his childhood days but now this is not the case as parents started sending their children to sports as well. and started encouraging them too. Along with this, Kapil calls India the country of youth, which has achieved such achievements which many countries of the world have not yet been able to achieve.