Important meeting of Congress on the agenda of Prashant Kishor! Will this plan of PK be able to cross Sonia Gandhi's boat?
Advertisement 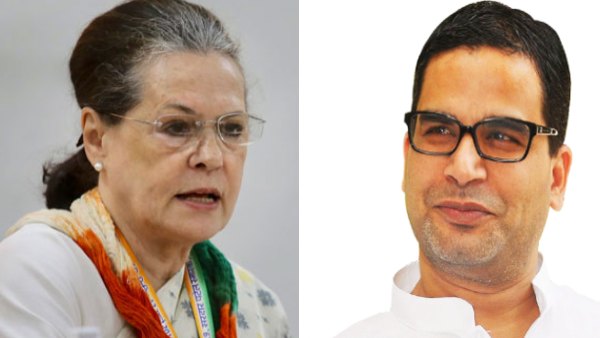 These three things of PK, brother of Congress high command

There has been a sound inside the Congress party that now the PK entry in Mission 2024 is almost certain. It is also being said that most of the party leaders, including Sonia, have agreed with Prashant Kishor’s election agenda. Earlier in the meeting with the Congress, PK had clearly said three things, on which the Congress high command was also impressed. He had made it clear that he did not want to join the Congress in the greed of any position or inducement. He wants that a democratic party should stand firmly in front of BJP in the country. That party should be strong as well as secular.

Prashant gave these suggestions to Congress

It is reported that Prashant Kishor has given many suggestions of Congress. He stressed on working at the grassroots level to strengthen the Congress in the states. PK told Congress to contest alone in three states. PK believes that Uttar Pradesh can do better by contesting elections in Bihar and Odisha alone. On the other hand, in Tamil Nadu, West Bengal and Maharashtra, the Congress needs an alliance. If sources are to be believed, Rahul Gandhi has also agreed to PK’s suggestion.

News agency ANI quoted an unknown source as indicating that the Congress is going to take a decision on Prashant’s plan soon. It is being said that the Congress can take a final decision on the proposal by May 2. Under this, now Congress President Sonia Gandhi is taking the proposal of election strategist Prashant Kishor seriously. She is going to hold an important meeting with party colleagues to discuss its game plan for the 2024 general elections. In this meeting, the final decision of PK to join the party is also being seen.

Many senior leaders including party general secretary Priyanka Gandhi Vadra, Randeep Singh Surjewala, senior leaders Mukul Wasnik, Ambika Soni are attending the meeting to be held at 10 Janpath, the residence of Sonia Gandhi. Along with this, Bengal Chief Minister and TMC Chief Mamata Banerjee, Andhra Pradesh CM Jagan Mohan Reddy and Telangana Chief Minister KCR are also going to be a part of this meeting.

Congress may contest on 370 seats

A trailer of the party’s election strategy is visible in the suggestions given by Prashant Kishor to the Congress. According to party sources, in the proposal that Prashant Kishor has put before the Congress, there is a mention of Congress contesting on 370 seats on its own. PK has also spoken of an alliance on several seats.

Party high command will find a solution on dissatisfaction with PK

Congress is currently looking for some ornamental booty, which all the party stalwarts are not able to find. In this context, the meeting to be held at 10 Janpath Road, the Delhi residence of Congress President Sonia Gandhi in the presence of PK, is considered important. However, there is also dissatisfaction among the party leaders towards Prashant Kishor and his proposal. One reason for this could be the PK’s close association with leaders who have been direct rivals of the Congress in the states.

Political climate is changing in Bihar, equations may change before 2025 elections

Babul Supriyo won the election, but a new war broke out with CPM