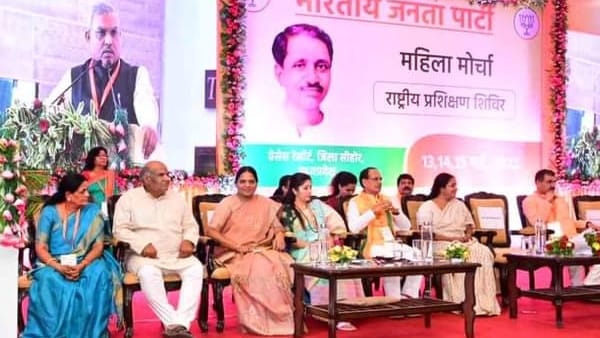 All the veterans who attended the training camp

Plan made to take the schemes to the people

In the training camp of Mahila Morcha, emphasis was laid on taking the schemes being run by the government for women to the people, as well as special training was provided to the officials and workers present for this. At the same time, other issues were also discussed during the training camp. In which the officials and workers of Mahila Morcha were trained on internet and media related topics.

Mahila Morcha will play an important role in the assembly elections to be held in the year 2023. Due to this, a training camp was organized by the BJP for the office bearers and workers of Mahila Morcha, in which all the veterans associated with the power and organization have prepared a special plan for the coming elections, churning on many issues.

Why is PM Modi’s visit to Nepal important for Indian politics on Buddha Purnima? Learn