In IPL 2022, the team is new but the problem is the same, the captaincy of KL Rahul should not be overshadowed by Lucknow.
Advertisement 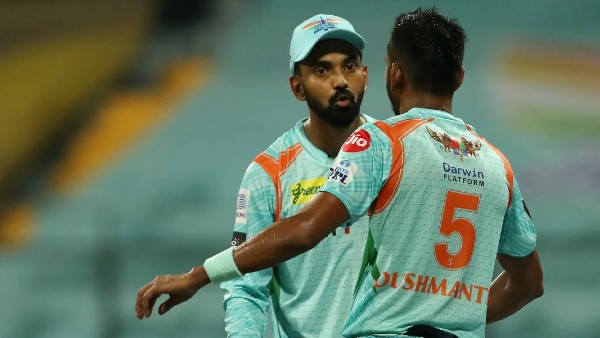 new Delhi. The 15th season of the Indian Premier League has started, in which 10 teams are seen playing instead of 8. All the teams have played their first match of this season but still many teams are waiting to open their winning account. Talking about the performance of the first 6 matches, most of the teams have performed well outside the results, while the captains of Sunrisers Hyderabad and Lucknow Supergiants have disappointed.

Talking about Sunrisers Hyderabad, Kane Williamson made many mistakes in the first match, which resulted in his 61-run loss against Rajasthan. While the team of Lucknow Supergiants gave a super thrilling match to the fans but due to the mistake of KL Rahul could not win the match.

The decision to defeat the match was taken in the 16th over.

Talking about this match played between Gujarat Titans and Lucknow Supergiants, the team of Lucknow had lost their 4 wickets for just 29 runs but Deepak Hooda (55) and Ayush Badauni (54) were able to make a comeback on the strength of half-centuries. Was successful and scored 147 runs. In reply, Lucknow team took possession of the match by bowling well but in the 16th over, KL Rahul’s decision to give an extra over to Deepak Hooda was overshadowed. Rahul Tewatia and David Miller took 22 runs in this over to turn the match towards their side.

Here KL Rahul had 2-2 overs left in the form of Dushmant Chamira and Avesh Khan, but despite this, Rahul decided to bowl from Ravi Bishnoi. It is worth mentioning that considering the dew, Rahul could have relied on his fast bowlers here and he could defend the score, but giving the over to Bishnoi was costly and the Rahul-Miller pair took 17 runs in this over. Where the team of Lucknow seemed to be winning the match easily, these two decisions taken under the captaincy of KL Rahul became very heavy on the team and they lost the match in the thrill of the last over.

KL Rahul will have to leave the old style of captaincy

It is noteworthy that this is not the first time that under the captaincy of KL Rahul, the fans have seen something like this, where his team was in a position to win but lost the match due to some bad decisions. Before Lucknow, when KL Rahul had captained two seasons for Punjab Kings, his team had to face defeat in many close matches even there and in the new season with the new team, his captaincy looks old. Lucknow’s team has to play its next match against Chennai Super Kings, in such a situation, if Lucknow’s team has to return to the winning path in the tournament, then KL Rahul will have to give up the old captaincy and show more maturity in his decisions, otherwise Lucknow Supergiants Despite being a good team, they will have to bear the brunt of bad captaincy.

RCB vs KKR: Kolkata scattered on the lines of Tu Chal Main Aaya, kneeling in front of RCB’s bowling