In the last league match of IPL 2022, Umran Malik showed the trailer of fear, South African batter must have been scared
Advertisement 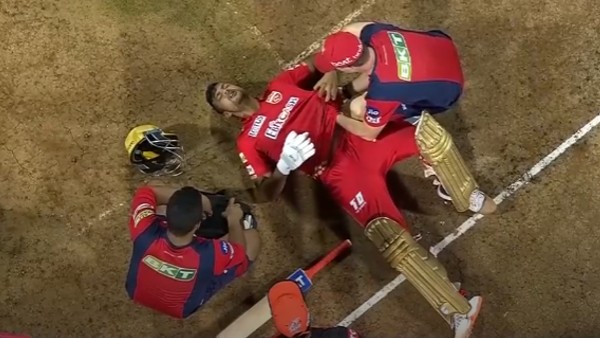 New Delhi.
The last match of the 15th season of the Indian Premier League was played between Sunrisers Hyderabad and Punjab Kings team at Wankhede ground, in which Punjab Kings team won 29 balls by 5 wickets. This match was completely absent in terms of playoff, but the result of this match was going to affect the places of the teams. The team of Punjab Kings scored 14 points with the victory and ended their journey by staying in the sixth position, while the team of Sunrisers Hyderabad remained at the 8th position.

Even before this match, the four teams that reached the IPL 2022 playoff were decided, but the Board of Control for Cricket in India for both the teams gave reason to be happy before the match started. In fact, the selectors of the Indian cricket team on Sunday announced an 18-man squad for the T20 series against South Africa to be played at home next month, which is to start from June 9.

Read more: SRH vs PBKS: Punjab won on the basis of Livingstone’s fiery innings, 1000 sixes were hit for the first time in IPL

Got a call from the Indian team due to good bowling

While Sunrisers Hyderabad fast bowler Umran Malik has been included in this team announced by the Indian selection committee, Arshdeep Singh, who became the death over specialist for Punjab Kings, has also got the result of bowling well in 3 seasons. . Both the players have been called from the Indian team for the first time. With this, Umran Malik can become the second player to come from Jammu and Kashmir and play for the Indian team. Umran Malik has surprised everyone with his speed this season and his feat continued against Punjab Kings as well.

When Sunrisers Hyderabad team was batting first in the last league match of IPL 2022, Umran Malik had to come out to bat in the last over. Umran Malik faced a ball and when he tried to take a run on it, the fielders of Punjab stopped him from doing so. After this, when the players were seen going towards the dressing room, there was a small incident of sledging between Mayank Agarwal and Umran Malik, whose revenge was taken by this fast bowler later and showed the pattern of bowling which was seen in the upcoming T20 series. South African batters must have gone awry.

Mayank was welcomed by hitting the ball on the rib.

Umran Malik was called to bowl as soon as the powerplay came to an end during the Punjab Kings batting. Umran Malik gave his team the second breakthrough by taking the wicket of Shahrukh Khan in the third ball of the first over, after which captain Mayank Agarwal came to bat and Umran Malik welcomed him with a swag on the very first ball. Umran Malik used a short ball against Mayank Agarwal, which went straight and hit the batsman’s ribs. The speed of the ball was such that Mayank Agarwal completed this run of the bye and fell at the non-striker’s end.

Mayank Agarwal could play only 4 balls due to injury

Due to this, the physio of Punjab Kings immediately came on the field and started giving first aid to Mayank Agarwal. During this, Mayank Agarwal was seen moaning in pain for a long time. Mayank looked so affected by this injury that in the very next over he got out and returned to the pavilion. Umran Malik may not have got his wicket, but with his bowling, he made it clear that no batsman against him is safe, so if he gets a chance to debut in the T20 series against South Africa, then he will be those batters. Can be seen doing something similar with . Seeing this footage, South African batters are bound to be scared.

Pujara is happy being out of IPL, told why it was important to play county cricket

IPL 2022: Ahead of the playoffs, Ashwin’s passion for chess rose, Chahal had fun commenting