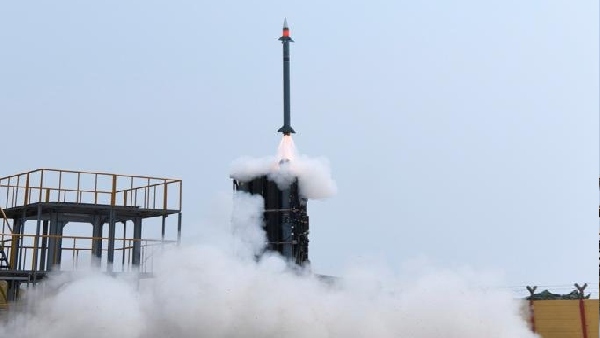 Balasore, March 30: India is making strong strides in the field of defense amidst the ongoing conflict with neighboring countries on the border. Under self-reliant India, the country is constantly trying to strengthen its military power. Recently, the surface-to-surface BrahMos supersonic cruise missile was successfully test fired. At the same time, on Wednesday, the surface-to-air missile Air Defense System has been successfully test-fired twice.

According to Defense Research and Development Organization (DRDO) official, India today conducted two successful tests of air defense systems of Medium Range Surface-to-Air Missile System off Odisha’s Balasore coast. The DRDO official said that this system is part of the Indian Army. Earlier on March 27, a similar test was done. At the same time, now the missile was tested twice and the missile hit the target accurately from a long distance.

Let us inform that earlier on 23 March, India had successfully test-fired the BrahMos supersonic surface-to-surface cruise missile, which was done in the Andaman and Nicobar Islands. It is known that India is engaged in strengthening itself by continuously focusing on the defense sector. It is worth noting that in the last eight years, India’s arms exports have increased by 6 times.