India will have to play do or die match in Women's World Cup, Sneh Rana reveals preparations
Advertisement 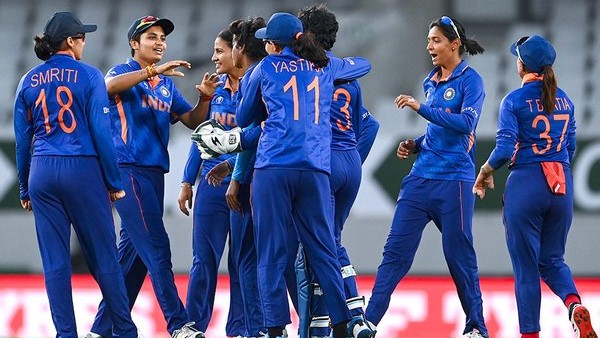 Know what are the equations for reaching the semi-finals

The road to the semi-finals is not going to be easy for the Mithali Raj-led Indian women’s team as the remaining two matches are do or die for them. The Indian women’s team will have to win both the remaining matches to keep their hopes of reaching the semi-finals alive, with Bangladesh playing their first match on Tuesday. If the Indian team is able to win only one of the remaining two matches, then everything will depend on the net run rate and the results of the other teams.

The Indian team started its campaign with a 107-run victory against Pakistan, while they lost the second match against New Zealand by 62 runs. In the next match, the Indian team won 155 runs against the West Indies, while they had to face close defeats against England and Australia in the next two matches.

Win against Bangladesh at any cost

Due to this, the Indian team has been able to get only 4 points so far but due to the better net run rate, they are in fourth place above New Zealand and England. In a video released by ESPN Cricinfo, Indian all-rounder Sneh Rana is seen talking about the team’s strategy for their next match against Bangladesh. In the next match to be played against Bangladesh, the Indian team cannot commit any kind of mistake.

Talking to the media, Sneh Rana said, “Weather is something which is not under our control but all our focus will be on winning. The net run rate of the team comes second. The decision to change the playing 11 is taken by the team management and we are not worried about that. At present, the mood of everyone in the camp is very good. It is obvious that everyone gets disappointed after a loss but overall we are playing as a very positive unit.

Talking in support of the team management, he told how his senior players support him. “We always have a lot of interaction with the senior players in our team. They know that this is our first World Cup so they don’t put pressure on us but do share their experiences with us. He prepared plans for us in the New Zealand series as well and he supported us a lot.

It is worth noting that the Indian team has to play against Bangladesh on 22 March at Hamilton ground and on 27 March against South Africa at Christchurch ground. If the Indian team wins both the matches, then their chances of reaching the semi-finals will increase.

This player of Delhi Capitals can become the time of bowlers in IPL 2022, hit long sixes in practice

How is the strength of young players of Delhi Capitals in IPL 2022, Rishabh Pant gave his opinion