'Indians are becoming fat and this is dangerous'
Advertisement 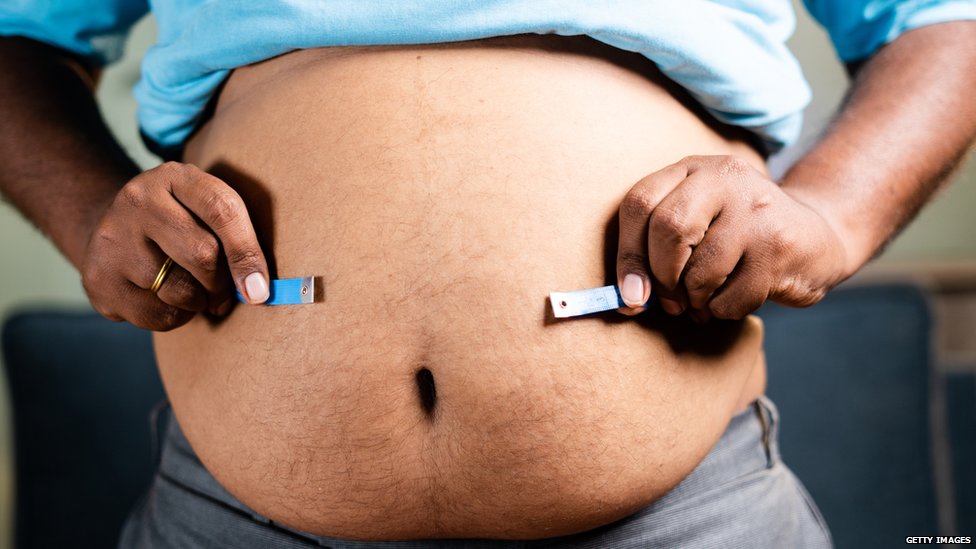 According to the new government survey, Indians are becoming fat. Experts are warning that if the problem of rising obesity is not addressed on a war footing, then emergencies may be faced.

Obesity was once considered a problem of Western countries, but in recent years it is spreading in low and middle income countries. Especially in India it is growing rapidly.

Long seen as a country of malnourished and underweight people, India has in the last few years reached the top five countries in terms of obesity.

According to an estimate, 135 million Indians were suffering from the problem of overweight or obesity in 2016. Health experts say that this number is increasing rapidly and the country’s malnourished population is being replaced by overweight people.

According to the National Family Health Survey (NFHS-5), about 23 percent of men and 24 percent of women have a body mass index of 25. Which is 4 percent more than the year 2015-16.

The data also shows that 2.1 percent of children under five years of age were overweight in 2015-16. This number has increased to 3.4 percent in the new survey.

“We are battling obesity disease in India and globally and I fear it will happen if we don’t take care of it soon,” warns Dr. Raveendran Kumran, a Chennai-based surgeon and founder of the Obesity Foundation of India. will become an epidemic.”

Dr. Kumeran cites the main reason behind this as a sedentary lifestyle and easy access to cheap fatty foods. Due to this, most of the people, especially the people of urban India, have become out of shape.

BMI is the most accepted standard globally for classifying people into normal, overweight, obese and severely obese. In this, the calculation is done keeping in mind the height and weight of a person. According to the World Health Organization, a BMI of 25 or more is considered overweight.

But Dr. Kumeran and several other health experts believe that for the South Asian population, it needs to be adjusted at least two points lower at each stage because we are prone to “central obesity”. This means that fat easily increases on our stomach. Gaining belly fat is more dangerous than gaining weight in any part of the body. From this it can be understood that an Indian with a BMI of 23 will be overweight.

“If you take 23 as the cut-off point for being overweight, I think half of India’s population, certainly the urban population, would be overweight,” says Dr. Kumeran.

According to WHO, too much body fat increases the risk of non-communicable diseases. This includes cases of 13 types of cancer, type-2 diabetes, heart problems and lungs. Last year there were 2.8 million deaths worldwide due to obesity.

Dr. Pradeep Choubey, former president of the International Federation for the Surgery of Obesity and Metabolic Disorders (IFSO), says, “Every 10 kg of excess weight shortens life by three years. Reduces their life by 15 years. We have also seen that the death rate of overweight and obese patients was three times higher during Kovid.

Dr Pradeep Choubey pioneered bariatric surgery in India 20 years ago. This surgery is used as a last resort for the treatment of dangerously obese people with a BMI of 40 or more.

Dr Choubey says that the medical effects of obesity are well known but less is known about its psychological and social effects.

“We did a survey of a thousand individuals three years ago and we found that being overweight has an impact on sexual health. can give birth.”

No one knows this better than 56-year-old actor Siddharth Mukherjee, who had bariatric surgery in 2015.

He was an athlete weighing 80-85 kg until a few years ago, when an accident ended his playing career.

He told, drinking my food was like a player. I ate a lot of oily, spicy food. I also enjoyed drinking, so I put on weight and it reached 188 kilograms.”

He told, “I couldn’t breathe while lying down so I had to sleep sitting down, but Dr. Choubey has given me a new life. My weight has come down to 96 kilograms now. I ride my bike, act on stage.” I go on vacation.”

There was a time when actor Siddharth Mukherjee could not climb stairs but now he can walk 17 to 18 kilometers in a day. “Now I can eat sweets, wear fashionable clothes,” he says.

He said that being fat was a curse for him.

“The world is a beautiful place, and we have a responsibility to our families. I would ask people to stop being selfish and take care of their health.”

Dr. Choubey says that for people like Siddhartha Mukherjee, bariatric surgery can be life-saving but the most important thing is to create awareness about the dangers of gaining weight. But Dr. Choubey’s efforts to treat obesity as a disease have not paid off.

He says, “The government is busy trying to control infectious diseases and their focus is on communicable diseases. They have very few resources for lifestyle or lifestyle diseases. But preventing obesity is very difficult and costly. It puts a lot of burden on the health care system.”

A few years ago there was talk of a ‘sin tax’ which was aimed at increasing the prices of such food and beverages which are injurious to health. The purpose of raising the prices was to discourage people from doing things that are harmful to them. Health experts say this has never happened because there was no help from companies that market such substances.

Dr Kumeran says that India should adopt the same strategy to discourage such substances which it has done with smoking.

They say that once smoking was allowed in public places, flights and offices but now it has been banned. The government has made it mandatory to give a disclaimer for the programs and films coming on TV. The same has been done for all cigarette packets in which pictorial warnings are required.

Dr Kumeran says that giving warnings like this again and again helps in conveying the real message to the people. We need to do the same for obesity.

Shock to BSP, Nakul Dubey, who was close to Mayawati, joins Congress

Terrorist Yasin Malik will remain in a separate cell of the jail amid tight security, will not have to work: Jail official