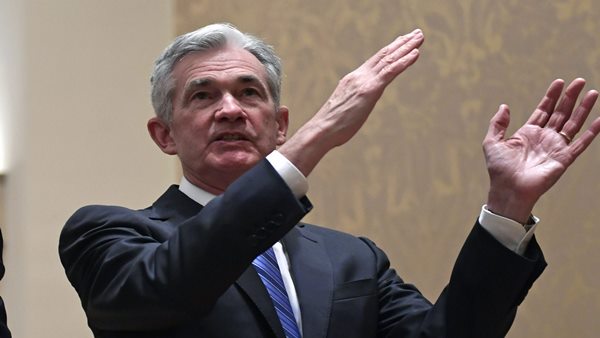 Washington, May 5:
The US Federal Reserve has increased the key interest rate by half a percentage (0.5%). This is the biggest change since the year 2000. A hike in the Federal Reserve’s interest rates means collecting more interest from consumers and businesses. Mortgage securities, credit cards and auto loans will also be affected due to the rise in lending rates in the US. Prices of food, energy and consumer goods will rise.

The Federal Reserve (Fed) on Wednesday raised its benchmark short-term interest rate by half a percentage point (0.5 percent). The Fed has also indicated a further increase in interest rates in the coming days. It ranges from 0.75% to 1% after the Fed’s key rate hike. This is the highest range of interest rates after the Corona epidemic.

The Fed has also announced that it will begin reducing its balance sheet by $9 trillion. The balance sheet mainly consists of Treasury and pledged bonds. The Fed’s holdings more than doubled after the economic downturn caused by the pandemic. Trillions of dollars worth of bonds were bought in an attempt to reduce interest rates on long-term lending. In such a situation, after the latest decision of the Fed, that is, reducing the holdings will affect the entire economy. Taking a loan will become more expensive.

The US central bank- the Federal Reserve expects inflation to be controlled by rising higher borrowing costs. People will spend less money. However, despite this, conditions like economic slowdown will not arise. The Fed has also faced widespread criticism. Economic experts say that the strictness on credit, that is, the decision to increase interest rates has been taken very slowly. The Fed’s recent decision will not lead to an economic slowdown, economists have also cast doubt on the belief.

On Wednesday, US central bank policymakers said they were cautious of inflation-related risks after the US Federal Reserve raised interest rates. The statement also said that the Russian military’s invasion of Ukraine has seen a jump in oil and food prices. This is increasing pressure on inflation. The statement said that the COVID-related lockdown in China is expected to disrupt the supply chain, due to which inflation may increase further.

Fuel Rates: What is the rate of petrol and diesel on May 5?