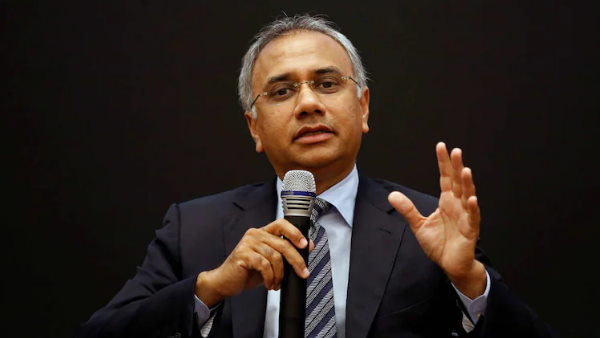 Bengaluru, May 26: Salil Parekh, CEO of the country’s leading IT company Infosys, has seen a tremendous increase this year. Salil Parekh’s salary has increased by 88 percent. According to the company’s annual report, his salary has been increased from Rs 42 crore to Rs 79 crore. After this tremendous hike, he has become one of the highest paid CIOs from India.

According to the company’s annual report released on Thursday, the new employment agreement will be effective from July 2. In the financial year 2022, Salil Parekh got a total package of Rs 71.02 crore. Which is 43 percent more than last year. During this, he received Rs 5.69 crore as base salary, Rs 38 lakh as retirement benefits, 6.07 crore as total fixed salary and Rs 12.62 crore as variable pay. Also, it includes RSUs or restricted stock options of Rs 52.33 crore.

The software company justified the tremendous increase in the salary of CEO Salil Parekh, saying that Infosys has achieved impressive growth under Salil’s leadership. Parekh has been rewarded for this. The performance-based compensation in his new salary will increase from 77 per cent to 86 per cent. The company’s revenue in the financial year 2018 was Rs 70,522 crore, which has reached Rs 1,21,641 crore in the financial year 2022. The new pay hike will further widen the gap between the CEO and an average Infosys employee. At present, the ratio of average remuneration of CEO and employees is 229 and 872.

The salary hike announcement comes days after Parekh was re-appointed as managing director and CEO for five more years. Which is a sign of confidence in a leader who has transformed the company and restored stability. Salil Parekh’s new term will run from July 1, 2022 to March 31, 2027. Parekh has over 30 years of experience in the IT industry. He took over as Infosys Managing Director and CEO in January 2018. Prior to that he had worked at Capgemini for 25 years.

The company’s annual report said that under the leadership of Salil Parekh, the company’s total shareholder return has been 314 percent. This is the highest among IT companies. Salil’s salary has exceeded that of Rajesh Gopinathan, CEO of the country’s largest IT company TCS. Gopinathan’s salary was increased by about 26.6 per cent to Rs 25.77 crore in the financial year 2022. Wipro gives Rs 64.34 crore to its CEO, HCL Tech 32.21 crore to its CEO and Tech Mahindra Rs 22 crore to its CEO annually.