Injury ruined the career of these players, one had lost his life
Advertisement 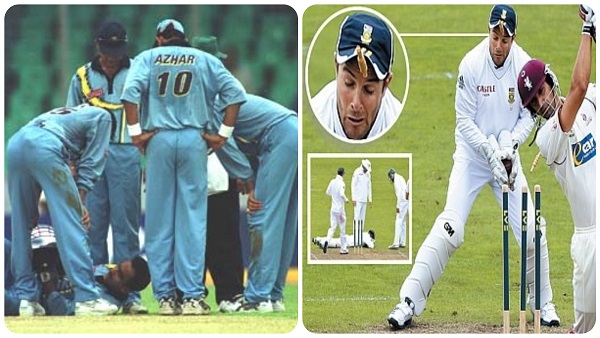 Syed Saba Karim proved to be a good player for the Indian team, but unfortunately his career did not progress due to injury. As a wicketkeeper, Karim has played 1 Test and 34 ODIs for India. In the year 2000, Karim was injured while keeping wickets. Anil Kumble was bowling, during which a ball hit his eye, after which Karim got away from cricket. Karim was a good wicketkeeper, he had the ability to play a lot of matches, but luck had other plans.

Fans can hardly forget the day of 25 November 2014. The Sheffield Shield tournament match between South Australia and New South Wales was going on in Sydney. During this, Hughes was hit by a bouncer which took his life. Hughes was batting on 63. During this, fast bowler Sean Abbott threw a bouncer which went under Hughes’s helmet near the neck. As soon as the ball hit, Hughes fell down unconscious. He was immediately taken to St. Vicente Hospital. But on 27 November 2014, doctors declared him dead.

The luck of this South African player also turned out to be bad. His eye was hit with a bail, that too while keeping wickets. Mark Boucher was injured in the match against Somerset on 9 July 2012. He was standing without a helmet and without glasses, when Imran Tahir’s ball was bowled by Somerset batsman Jemal Hossain. The gilli flew and hit Boucher’s left eye. Then Boucher was sent for eye surgery and was ruled out of the entire tour. But he could not fully recover from the injury. In such a situation, Boucher took retirement from international cricket on 10 July.

The career of Nathan Bracken, Australia’s long-standing left-arm bowler, was also ruined by injury. Bracken was forced to retire at the age of 31 due to a knee injury. Bracken played 5 Tests, 116 ODIs and 19 T20 Internationals. Bracken has taken 12 wickets in Tests, 174 in ODIs and 19 wickets in T20Is. Once he had secured the first position in the ICC rankings. Apart from this, in the year 2009, he was selected ‘Australian ODI Player of the Year’.

‘Now every bowler is licking the dust’ for Kohli, the Caribbean legend expressed concern about the form