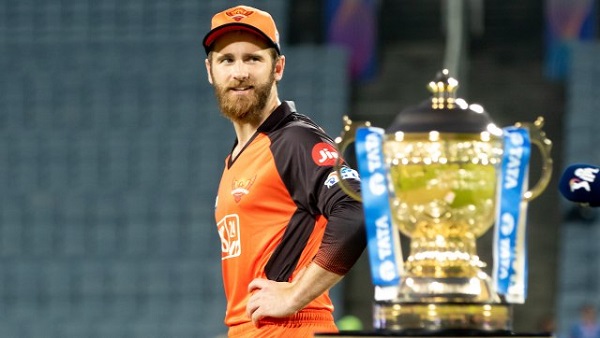 What are the rules?

The over rate rules are quite stringent and hence, captains have to keep an eye on the clock, but at times there are delays in getting overs due to which the innings does not finish before the stipulated time. A fine of Rs 12 lakh is imposed on him for the first time he commits an offence. If the captain of a team is found to have committed the offense twice, the amount is doubled (24 lakhs). It is also banned.

While issuing a statement, BCCI said, “Sunrisers Hyderabad team fined for maintaining slow over-rate during their Tata Indian Premier League (IPL) 2022 match against Rajasthan Royals at Maharashtra Cricket Association Stadium, Pune on March 29.” Has gone.” “This was the team’s first offense of the season relating to minimum over rate offenses under the IPL’s Code of Conduct. Sunrisers Hyderabad captain Kane Williamson has been fined Rs 12 lakh,” the statement added.

Talking about the match, batting first in Pune, Men in Pink scored 210 runs in their allotted 20 overs for the loss of 6 wickets. While skipper Sanju Samson scored a brilliant half-century, Yashasvi Jaiswal, Jos Buttler, Devdutt Padikkal and Shimron Hetmyer also made important contributions. In reply, Hyderabad lost the wicket in the very second over as skipper Williamson, due to a controversial catch from Padikkal. Aiden Markram and Washington Sundar played well towards the end of the innings but their efforts could narrow the margin of defeat for SRH. As a result, Hyderabad team lost by 61 runs making 149 runs for the loss of 7 wickets.