IPL 2022: Another setback for Mumbai Indians, this player is out
Advertisement 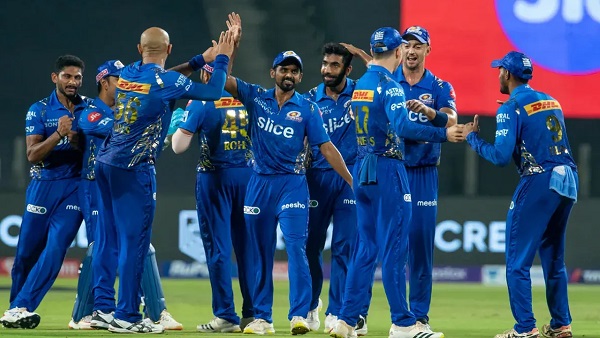 New Delhi. The Mumbai Indians team, which is going through a bad phase in IPL 2022, has suffered another major setback. Mumbai have struggled in the season and are already out of the race for the playoffs. The team has played 9 matches so far, in which only 1 has been won. Meanwhile, their fast bowler Tymal Mills has been ruled out of the rest of the season with an ankle injury. Five-time champions Mumbai camp has brought in South African middle-order batsman Tristan Stubbs in his place.

Mumbai wrote on Instagram, “Tristan Stubbs has been included in the Mumbai Indians squad to replace Tymal Mills. Tymal Mills is injured and Tata is out of the rest of the IPL. Stubbs, a 21-year-old middle-order batsman recently made his debut for the national South African A team against Zimbabwe. “Tristan has had a very promising domestic season and has been instrumental for his team in the recently concluded T20 domestic league. role played. Tristan will join the Mumbai squad for the rest of the season.”

Wicketkeeper Stubbs has featured in 17 T20Is so far and has scored 506 runs at a strike-rate of 157.14. Playing for the Warriors in the CSA T20 Challenge, Stubbs scored 293 runs at an average of 48.83 with a strike-rate of 183.12. He has been added by Mumbai on the basis of his base price of 20 lakhs. Mumbai Indians will take on table toppers Gujarat Titans in their next match at the Brabourne Stadium. It remains to be seen when Stubbs will be available in the playing XI for Mumbai in IPL 2022.

‘He talks to the owner and the groundman in a similar way’, Sanju Samson is convinced of the legend of India

‘Now every bowler is licking the dust’ for Kohli, the Caribbean legend expressed concern about the form