IPL 2022: Dhoni played a big bet in the 19th over in a breath-taking match, which became the reason for the defeat
Advertisement 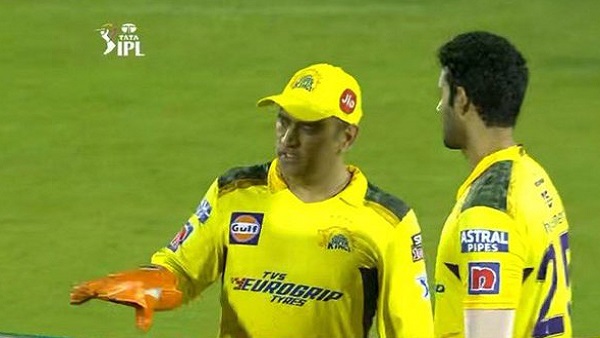 What happened in that over of Shivam Dubey?

Everyone present in the stadium saw that Jadeja gave the 19th over to Shivam Dubey only at the behest of Dhoni. When Shivam came to bowl, 34 runs were needed in 12 balls, but Dhoni’s bet proved to be terribly wrong. Shivam Dubey 25 runs were looted in this over. Ayush Badoni hit a six on the very first ball of the over. After this Shivam bowled 2 consecutive wides and then 1 single came. After this, 2 fours and 1 six came off the last three balls of the same over.

In the match against Lucknow, Dhoni also failed in the case of DRS. Actually, the 17th over of Lucknow Giants’ innings was going on. On the last ball of the over, Pretorius bowled Evin Lewis a little outside the stumps. There was a strong appeal on this ball and the umpire gave not out. When Dhoni asked Jadeja to take DRS from behind the stump, Jaddu immediately took the review, but when it was shown on the third umpire’s screen, the ball did not even touch the bat. In such a situation, CSK lost the review.

Dekock and Rahul laid the foundation of Lucknow’s victory

Let us tell you that in response to Chennai’s 209 runs, Lucknow’s start was bang on. For the first wicket, there was a 99-run partnership between KL Rahul and Quinton de Kock. Quinton de Kock played a stormy innings of 61 runs in 45 balls, while KL Rahul also scored 40 runs in 26 balls. After this, Evin Lewis’s innings did the right thing. This was the first victory of Lucknow.

In the 19th over, the match came out of the hands of CSK, the fastest fifty of IPL 2022, Lewis won the match for Lucknow.