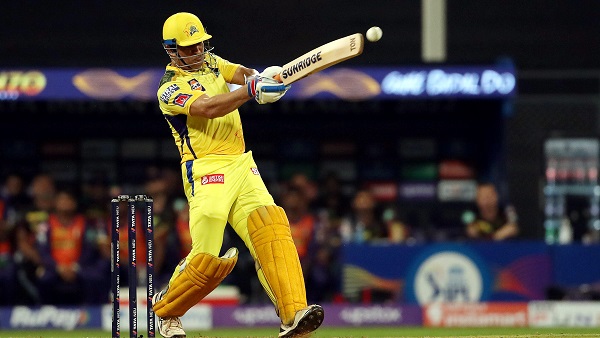 Dhoni has become the sixth Indian batsman to complete 7000 runs in T20 cricket. Before him, 5 Indians have scored more than 7 thousand runs. Dhoni’s name has now been recorded 7001 runs in 349 matches in T20 format. His highest score in this is 84 not out. He needed 15 more runs for 7 thousand runs before this match, which he easily completed.

Kohli is ahead for India

Interestingly, Virat Kohli is currently the highest run-scorer for India in T20Is. Kohli has 10326 runs in his name. Apart from this, Kohli is the fifth player in the world to score the most runs in T20 cricket. In this list, the name of Chris Gayle is at the top, who has scored 14562 runs.

Dhoni is seen in color

Let us tell you that Dhoni is playing the wicketkeeper-batsman this time. The captaincy has been handed over to Ravindra Jadeja. Dhoni is seen in color this time. It is also believed that this could be his last season as well. Dhoni played an unbeaten innings of 50 not out in just 38 balls in the first match against Kolkata Knight Riders, which included 7 fours and 1 six. On the basis of his innings, the team could score 131 runs, when at one point Chennai’s 5 wickets had fallen for 61 runs. However, Chennai lost this match by 6 wickets. At the same time, in the second match also the bowlers could not get him out.

IPL 2022: Who is Mukesh Chaudhary, who made his debut against Lucknow, Dhoni helped in making his career

CSK vs LSG: Lucknow bowlers blown away by CSK’s storm, scored 210 on the strength of Uthappa-Dubey