IPL 2022: 'If we had scored 180, we could have won the match', said captain Mayank Agarwal on Punjab's defeat
Advertisement 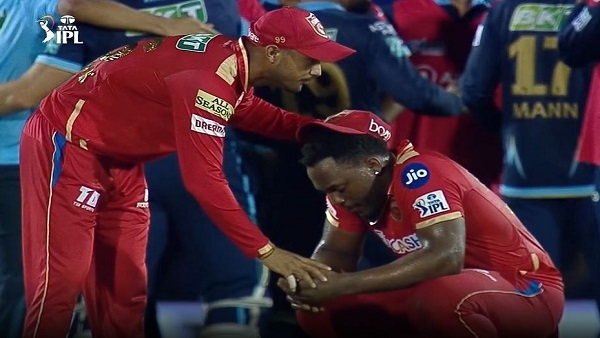 New Delhi, April 20. Kings XI Punjab lost by 9 wickets against Delhi Capitals in the 32nd match of IPL. With this defeat, the team of Punjab has reached the 8th position in the points table, while the team of Delhi has come to the 6th position. After the defeat against Delhi, Punjab captain Mayank Agarwal said during the match presentation that we did very poorly both batting and bowling, if we had 180 runs on the board, we could have given a tough fight.

What did Mayank Agarwal say on the defeat?

Mayank Agarwal has said, “Today was very challenging for us, but we can’t get a better lesson from this to move forward. We don’t have to think too much about this defeat and just think about the matches ahead. Didn’t do well with both batting and bowling but still we need to move on, we lost wickets very often which is a matter of concern. Overall if we had 180 runs on the scoreboard, it would be a tough fight. could be found.” During this, Mayank also said that if I would have bowled to the spinners first, a lot could have happened, but it did not happen.

What did Pant say about Corona?

On the other hand, Delhi captain Rishabh Pant patted Prithvi Shaw and David Warner on this big win. Pant said that this match was not so easy for us, because there was confusion in our practice camp before the match, because in the morning it was learned that Tim Seifert has been infected with Corona, we felt that the match would not happen, we had a team Had a meeting and then decided that we have to focus only on the match. Pant said that there was so much noise from outside that we thought we would concentrate on the match.

Everyone in the team understands the role of Prithvi and Warner: Pant

Rishabh Pant praised the batting of David Warner and Prithvi Shaw. He said that I leave Warner completely alone, because everyone in the team understands the role of Prithvi and Warner. Pant said that we would like to improve in every match and that is the only thing we can control, the result is not in our control but we can learn from our mistakes. Pant said that on such a wicket, I felt that the ball was stalling a bit and that’s why I used the spinners more.

After the defeat against Delhi, the Punjab batsmen were pulled up on social media, the memes went viral