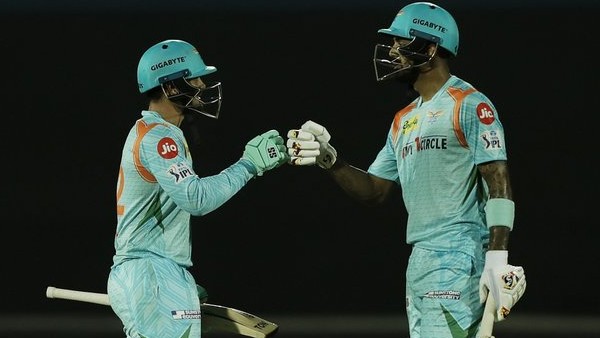 Due to the very wet pitch, it was not easy for the bowlers to take wickets here, but despite this, when the bowlers made an opportunity to take the wickets of both the openers, although the team failed to get the wicket due to the mistake of the fielders. With Lucknow’s team completing 50 runs within the powerplay itself, Jadeja in search of the first wicket called Dwayne Bravo to bowl in the sixth over. The effect of Bravo’s experience was seen on the second ball, when Quinton de Kock gave a simple catch to Moeen Ali standing at extra cover, but Dekock could not catch the ball in his right hand and gave a big life. Gave.

Taking full advantage of this life, Quinton de Kock completed his half-century in just 34 balls. At the other end, KL Rahul also played an innings of 40 runs in 26 balls during his innings and shared a 99-run partnership for the first wicket. In the 8th over, Moeen Ali came to bowl whose last ball, KL Rahul played a shot towards extra cover but this catch was also dropped by Tushar Deshpande trying to catch him. It was too heavy for CSK to drop catches from both the openers in the opening overs as the pair amassed 99 runs in 10.1 overs with the help of 11 fours and 3 sixes.

KL Rahul and De Kock’s partnership looked very dangerous for Chennai Super Kings, who were almost out of the match due to dropping two consecutive catches. Then in the 11th over, Dwayne Pretorius came to bowl and on the second ball, KL Rahul got the first success by getting caught by Ambati Rayudu. In the 12th over, Tushar Deshpande, who came to bat, got Manish Pandey caught by Bravo and gave a second blow.

In the 19th over, the match came out of the hands of CSK, the fastest fifty of IPL 2022, Lewis won the match for Lucknow.

IPL 2022: Who is Mukesh Chaudhary, who made his debut against Lucknow, Dhoni helped in making his career