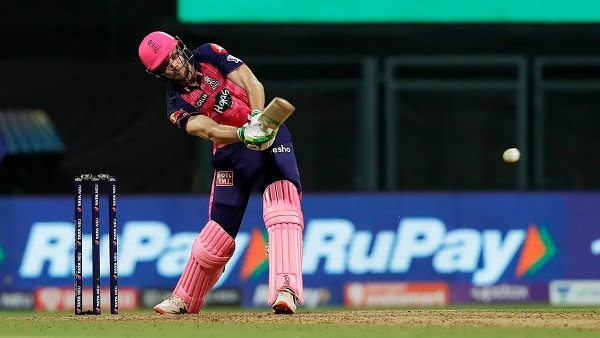 Only sixes came off Butler’s bat

The special thing was that only sixes rained from Butler’s bat. He batted at a strike rate of 148.94, which included 6 hitting sixes. Not a single hit came off his bat. With this, Butler also completed a century of sixes. Butler has completed 100 sixes in his IPL career. Now 104 sixes have been registered in his name in 67 innings. Butler has now become the 25th batsman to hit 100 sixes in the IPL.

Butler hit sixes in the overs of Vanindu Hasaranga and Akash Deep during his innings. With these two sixes, he reached 100 sixes in his IPL career. He also became the 11th overseas batsman to hit 100 or more sixes in the IPL. Apart from this, he has broken Virender Sehwag’s record in the case of sixes. Sehwag has hit 99 sixes in IPL history, coming in 93 innings. Chris Gayle tops the list with 357 sixes.

Has hit the first century of IPL 2022

Let us tell you that Butler has managed to score the first century in IPL 2022. He scored 100 runs against Mumbai Indians. He played 68 balls and hit 5 sixes and 11 fours. This was Butler’s second century in the IPL. At the same time, this was also his second century for Rajasthan. He had earlier scored 124 runs against Sunrisers Hyderabad.

Rashid Khan said – Yunus bhai, I hope to learn the most from you