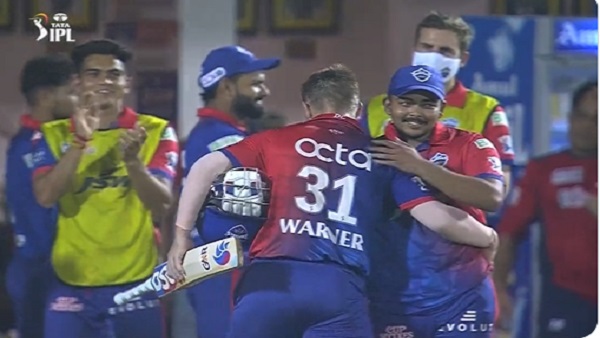 Prithvi Shaw and David Warner made a smoky start for Delhi Capitals chasing the target. Prithvi Shaw was dismissed for 41 runs in 20 balls, in which he hit 7 fours and 1 six. After Prithvi’s dismissal, David Warner’s stormy innings continued and hit 60 runs in 30 balls. During this his strike rate was 200. Sarfaraz Khan scored 12 runs in 13 balls with Warner. With this win, Delhi’s team has reached 6th place in the points table. At the same time, Punjab is at 8th place.

Punjab got all out for the third time in the tournament

Let us tell you that due to the brilliant performance of the bowlers of Delhi Capitals, the entire team of Kings XI Punjab was all out for 115 runs. The opening pair of Punjab was a flop. Shikhar got out after scoring 9 runs in 10 balls. At the same time, 24 runs came off Mayank’s bat. Dhawan was dismissed by Lalit and Mayank was dismissed by Mustafizur Rahman. Only Jitesh Sharma scored 32 runs for Punjab. Apart from him, no batsman could perform well. Shahrukh Khan, who dominated the auction, again disappointed and he was dismissed after scoring just 12 runs. Let us inform that the team of Punjab was all out for the third time in this tournament.

Let us tell you that even before the start of the match, two bad news had come for Delhi Capitals. Actually, two big players of the team came to Corona positive. Wicket-keeper batsman Tim Schiffert and before him Mitchell Marsh became corona infected. A total of 6 members of Delhi are currently corona infected. Apart from two players, the rest are support staff. Despite this, Delhi showed a wonderful game and registered a resounding victory.

IPL 2022: ‘If we had scored 180, we could have won the match’, said captain Mayank Agarwal on Punjab’s defeat

Kieron Pollard took retirement from international cricket, was the captain of the team in the 2021 T20 World Cup