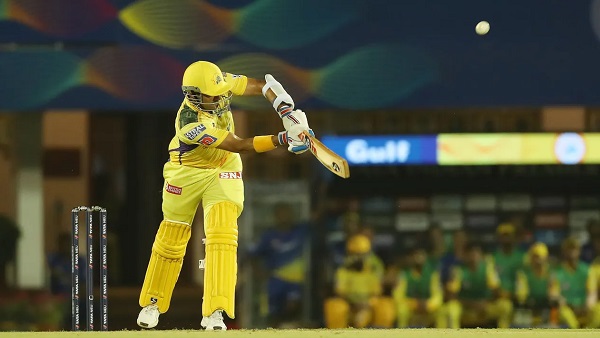 Mumbai . In the 7th match of the Indian Premier League (IPL) 2022, Chennai Super Kings opener Robin Uthappa’s Lucknow Super Joints got havoc. Lucknow captain KL Rahul won the toss and elected to bowl but Uthappa played a stellar role to help Chennai score a big total in the powerplay. Ruturaj Gaikwad was run out for 1 but then Uthappa hit the joint-fastest half-century of the season, as well as surpassing Shane Watson in a special case.

Uthappa scored 50 runs in just 25 balls. Prior to him, Rajasthan Royals captain Sanju Samson has scored a fifty in 25 balls in the same season. Uthappa’s innings included 8 fours and 1 six. Overall, he took 38 runs in 9 balls through the boundary. Uthappa played brilliant shots all around, but he was bowled by Ravi Bishvoi in the third ball of the 8th over. He went to the pavilion after scoring 50 runs in 27 balls.

Let us tell you that Uthappa has been playing in IPL continuously since 2008. He has scored 4800 runs in 195 matches played so far at an average of 28.07. Prior to the Chennai team, Uthappa has played for Royal Challengers Bangalore, Rajasthan Royals, Pune Warriors, Mumbai Indians and Kolkata Knight Riders.

CSK vs LSG: Lucknow bowlers blown away by CSK’s storm, scored 210 on the strength of Uthappa-Dubey