IPL 2022: The young player of every team who left a mark in the opening match, made a special identity
Advertisement 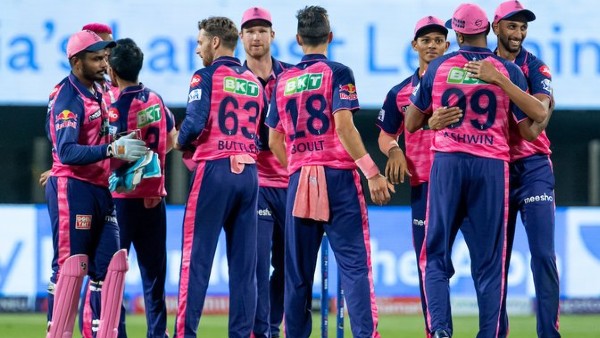 new Delhi.
The 15th season of the Indian Premier League has begun, with the thrill of the first week coming to an end. During this, all the 10 teams participating in IPL 2022 have played their first match, out of which 5 have won and 5 have lost. However, during this time, one such uncapped young Indian player has definitely appeared in all the teams who have left their mark. Some of these young players have made a special identity with their batting and some have made a special identity with their bowling, while some young players have seen the picture of the legend of Indian cricket.

After the first 5 matches of IPL 2022, let’s take a look at the young players of every team, who have made fans crazy not only with their fans but also the cricket legends with their game.

Read more: PAK vs AUS: Babar created history by leaving Kohli behind, became the first Asian to do so

In the opening match of Delhi Capitals, Lalit Yadav came and saved the team against Mumbai, where his defeat was almost certain. Lalit’s innings of 48 runs gave Delhi its first victory.

Mumbai Indians’ Tilak Verma may not have scored many runs in the first match but the manner in which he hit the shots while batting has caught the attention of many legends.

Sheldon Jackson, who has been associated with KKR for a long time but has not played regularly, got a chance to play late against Chennai too, but by showing Dhoni-like agility in wicketkeeping, he won the praise of many legends including Raina.

Chennai Super Kings may have suffered a loss in the first match, but the economical bowling of Tushar Deshpande in the absence of Chahar definitely includes him in the future plan of the team.

RCB’s team had to face defeat despite scoring 205 runs in the first match, but during this time, Anuj Rawat, who came to the opening, played a small but good innings and made everyone aware of his ability.

Shahrukh Khan, who brought a big image of possessing the talent of a Pollard-like finisher in domestic cricket, did not do much for Punjab in the last two seasons but in the very first match against RCB, he proved why people expect so much from him.

For Lucknow Super Giants, who lost 4 wickets for 29 runs in their very first match, young batsman Ayush Badauni did the job of saving respect and played a half-century in his debut match to take the team to a fighting score.

Rahul Tevatia may be credited for Gujarat Titans’ maiden win, but the way young batsman Abhinav Manohar turned the match one-sided with a scintillating 15 runs in just 7 balls speaks volumes of his finishing skills.

Sunrisers Hyderabad may have suffered a bad defeat in the first match, but the way Umran Malik bowled the ball at 150 in the very first over, it has told how dangerous he is going to prove to be this season. Malik took 2 wickets for Hyderabad.

Known for Rajasthan Royals, Krishna bowled brilliantly in this match, not only taking 2 wickets but also throwing an over maiden in the quick format. Krishna took the wickets of two batsmen who could have created trouble for his team.

RCB vs KKR: Duplessis won the toss for RCB, Kolkata will bat first

IPL 2022: This fanatic will be included in the Delhi team, was sold in the auction for crores