IPL 2022: This bowler will be included in RCB team, was sold for 7.75 crores
Advertisement 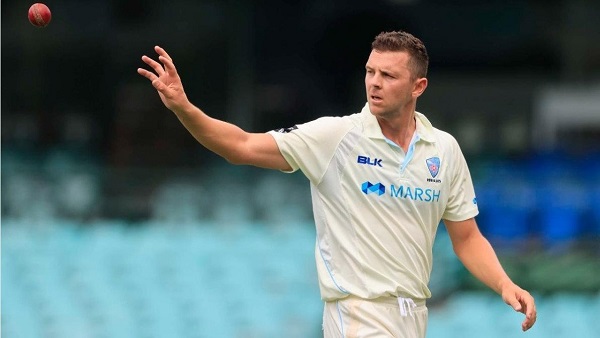 new Delhi. Royal Challengers Bangalore registered a hard-fought three-wicket win against Kolkata Knight Riders in their next match against Punjab Kings in IPL 2022 after losing their first match by five wickets. RCB will play two more matches this week but it is learned that one of their overseas players will be available only till next week.

Fast bowler Josh Hazlewood is in discussion. Hazlewood is one of the members of the Australian squad for the ongoing bilateral series against Pakistan, which ends on April 5. However, the tall pacer will not join the RCB squad before April 12. He is expected to join the team in the next match. After a few days, he will have to undergo a mandatory three-day quarantine.

News18 quoted an IPL source as saying, “Hazlewood will join the team in the next few days. He hasn’t joined his franchise directly after the Pakistan series like other players. He has taken a short break due to personal reasons.” ” This means Hazlewood will be available for selection against Chennai Super Kings on April 12.

In the IPL 2022 mega auction in February, Hazlewood was bought by the Bengaluru franchise for 7.75 crores. Hazlewood, 31, was instrumental in CSK’s title win last season, taking 11 wickets in nine matches at an average of 26.63 and an economy rate of 8.37. Despite his good performance, he was released by the defending champions. The promising pacer would now be hoping to move on from there by donning the RCB jersey and continuing to perform well. Also, will be teaming up with fast bowlers like Mohammad Siraj, David Willey, his countryman Jason Behrendorff etc.

Ravi Shastri said- India missed this bowler in T20 WC 2021, now has made a good comeback in IPL