IPL 2022: This fanatic will be included in the Delhi team, was sold in the auction for crores
Advertisement 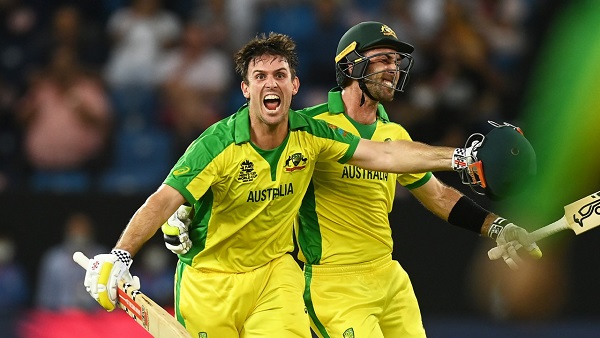 new Delhi.
Injured Australian all-rounder Mitchell Marsh will join his Indian Premier League (IPL) franchise Delhi Capitals after being ruled out of the limited-overs series against Pakistan. Marsh injured his hip flexor while doing fielding exercises on March 27 (Sunday). As a result, he also missed the first ODI in which Australia defeated Pakistan by 88 runs in Lahore on 29 March.

He was bought by Delhi Capitals for Rs 6.5 crore in the mega auction held last month. The right-handed batsman will now make his recovery under the supervision of physiotherapist Patrick Farhart, who has been with the Delhi team since the 2020 IPL season. Cricket Australia said in a statement on 30 March (Wednesday), “Marsh will travel to India to join the Delhi Capitals team, where former Australian and current New South Wales physiotherapist Pat Farhart manages his recovery after an isolation period. do.”

It is to be noted that Marsh was originally supposed to miss the first three matches for his IPL franchise as he was part of the Australian team against Pakistan in three ODIs and one T20I. Marsh said, “I am disappointed to not play the series against Pakistan but am excited to join the Australian team again for my next tour.” Talking about Marsh’s IPL career, the right-handed batsman has now Has scored a total of 225 runs in 21 matches played till date.In bowling, the right-arm fast bowler has taken a total of 20 wickets in the biggest cricket league in the world.

Marsh played a key role for his side in the final match of the 2021 T20 World Cup, scoring an unbeaten 77 in the final against New Zealand to help Australia clinch their maiden title.

IPL 2022: The young player of every team who left a mark in the opening match, made a special identity

If these rules are included in IPL 2022 then the tournament will change, popularity will double