IPL 2022: 'We will come back strong', notes Gambhir after LSG exit
Advertisement 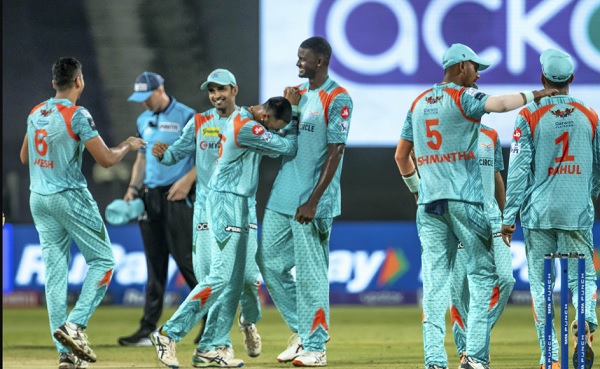 New Delhi, 26 May:
Lucknow Super Giants mentor Gautam Gambhir on Thursday backed his team on social media. After being ruled out of IPL 2022 in Eliminator, Gambhir says LSG will make a strong comeback next year. This time teams like Gujarat Titans and Lucknow Super Giants played excellent cricket. LSG bid farewell after a 14-run loss to Royal Challengers Bangalore in Kolkata while GT made their way to the final.

Gambhir has been one of the managers of the Lucknow franchise along with head coach Andy Flower and captain KL Rahul. LSG impressed early in their first season and won 8 matches in the league stages. They lagged behind Rajasthan Royals in run rate or else their chances of reaching the final would have increased significantly. However, LSG were not at their best against RCB on Wednesday, as Bengaluru team’s Rajat Patidar’s scintillating century (112 not out in 58 balls) came under fire as RCB entered Qualifier 2.

Gambhir wrote in an Instagram post, “Luck was tough today but a great tournament for our new team. We will come back stronger when we meet again!”

Gambhir had led KKR to two IPL titles. He returned to the dug-out after being selected as LSG’s mentor. Known for his tough attitude on the cricket field, Gambhir was fond of the broadcaster in the LSG dug-out, with his cameras pointed at him. Recording Gambhir’s gestures was also a fascinating part of the Lucknow Super Giants team.

The policeman came to hit Hooda’s six, was not caught, his hand was broken, kept crying in pain – VIDEO

Gambhir was excited about LSG winning, but there was disappointment on his face on Wednesday. In fact, Gambhir was seen having a heated conversation with KL Rahul. LSG then failed to chase down 208 in Kolkata on Saturday.

Virender Sehwag said – its price is less, he should get 14-15 crores

Video: Fan entered in the middle of the Eliminator match, Virat Kohli’s reaction on the police as he did it went viral