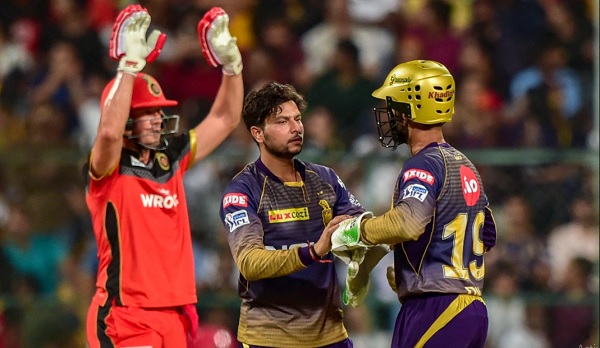 After KKR, Delhi Capitals like a gust of cold air-

Kuldeep took 3 wickets for 18 runs in his first match and played a role in the victory of Delhi Capitals. Kuldeep, 27, impressed many, including Mohammad Kaif. Kaif feels the Delhi Capitals management will also have to stick with Kuldeep Yadav as the bowler needs attention. Kuldeep has a tendency to lose confidence in the event of not playing the match. So DC will have to keep in mind that the chinaman bowler is given a long chance.

Kaif told Sportskeeda, “Kuldeep Yadav is a match-winner. But he is someone who also needs to be managed well. He is a bit emotional and if he is not bowled or out of the team. If done, he feels disappointed.”

Kaif further said that the way KKR handled the player in his last stint with the team over the years was not good.

What happened under the captaincy of Dinesh Karthik, Morgan…

Talking about him, the 41-year-old said: “The way he was treated in KKR under Dinesh Karthik and Eoin Morgan, it was such that he didn’t show up in the team like he was supposed to make them sit at home. Called for it. Any match winner feels the pressure when you behave like this.”

Kaif also spoke about Axar Patel and praised the match-winning performance against Mumbai Indians. In the recently concluded game, Axar and Lalit Yadav shared a 75-run partnership to take their team to a thrilling victory.

Comparing Axar to Ravindra Jadeja, Kaif said: “Axar Patel’s career is progressing just like Ravindra Jadeja’s. Jadeja used to bowl well when he was new, but his batting improved only later. Axar has Has great bat-swing and has the ability to hit good bowlers like Bumrah. He is not known to finish the game with the bat but he will get better with confidence.”

Virat shared a cute selfie with Anushka, something special was seen in the background of the picture