IPL 2022: Who is Mukesh Chaudhary, who made his debut against Lucknow, Dhoni helped in making his career
Advertisement 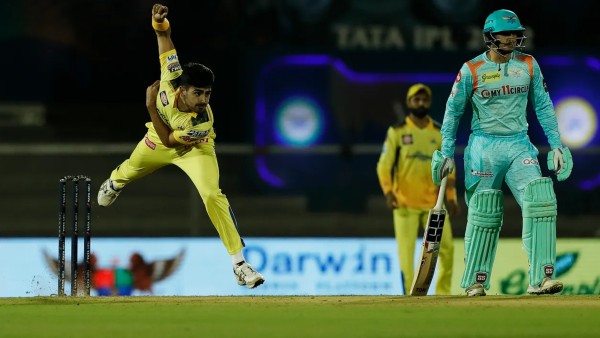 Although the new CSK captain Ravindra Jadeja and the team management gave young bowler Mukesh Chaudhary a chance to make his IPL debut, many people were surprised to hear his name as to which bowler he was. Suresh Raina, doing commentary during the match, told that Mukesh Chaudhary was also a part of CSK’s camp last season in which he used to train the batsmen as a net bowler. Suresh Raina told that Mukesh Chaudhary is a very talented bowler and has the power to swing the ball, with him Mahendra Singh Dhoni and Rituraj Gaikwad did a lot of practice in the nets last season. During this, Dhoni made him practice to bowl the new ball and death overs.

Made your name from Vijay Hazare Trophy 2021

Mukesh Chaudhary was included in his camp by the team of Chennai Super Kings in the mega auction of IPL 2022 by paying an amount of 20 lakhs. Playing domestically for Maharashtra, this player is a left-arm fast bowler who was born on 6 July 1996 in Bhilwara district of Rajasthan. Mukesh made his first-class debut for Railways in 2017 while making his List A and T20 debut in 2019. Mukesh’s name first came into the limelight when he played for Maharashtra in the Vijay Hazare Trophy 2021 when he achieved the feat of getting the most wickets. Mukesh took 10 wickets in 5 matches of Vijay Hazare Trophy at an average of 6.63.

Know how has been the career so far

Mukesh Chaudhary has played 12 matches in T20 cricket so far in which he has taken 16 wickets. On the other hand, in first-class cricket, Mukesh has taken 33 wickets in 10 matches at an economy of 3.09, while he has taken 17 wickets in 12 matches of List A cricket. It is worth noting that Chennai Super Kings, batting first in this match, scored 210 runs for the loss of 7 wickets and when it came to defending, Jadeja gave the responsibility of the first over to Mukesh Chaudhary.

Mukesh Chaudhary gave only 2 runs in the first over of his spell, while in the second over, KL Rahul scored 13 runs with the help of a four and a six while hitting a shot against him. Mukesh Chaudhary bowled 3 overs in the powerplay and gave 30 runs during this. Due to this, the Lucknow team has added 55 runs without losing any wicket after the powerplay.