IPL will get bigger, what will happen to T20Is again? Shastri suggested to hold only World Cup
Advertisement 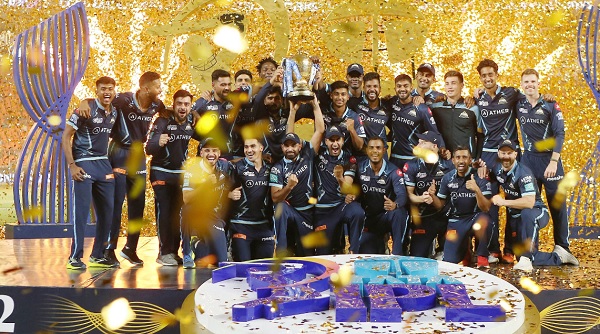 New Delhi, June 1: The success of IPL may increase further in the coming times as the number of teams has increased and matches are also becoming more. But it also means that the international calendar will become even smaller. Ravi Shastri feels bilateral series will be affected a lot and T20 at the international level should be held only in the World Cup.

“Yes, of course, there’s a lot of bilateral stuff going on in T20 cricket. But it has to be like football, where in T20 cricket, you just play the World Cup,” Shastri said on ESPNcricinfo’s runorder program.

Shastri said that he does not remember the bilateral series in T20. Speaking on the same event, Daniel Vettori, Ian Bishop and Aakash Chopra agreed that the IPL has the potential to be bigger.

Every year some international cricket is played during the IPL. Aakash Chopra feels that IPL can happen twice a year in the coming years.

“I really think there could be two editions of IPL in every calendar year. And that time is not far away,” Chopra said.

Ravi Shastri has also agreed with Chopra’s point. He said that even two IPLs in a year in India will not cost much to the people. Bishop and Vettori agreed to this.

Vettori also says that if the BCCI wants, it can also open more windows for it because it has that power. With the IPL getting bigger, there will always be a problem of getting foreign players as well as the support staff, as these people work outside the IPL for the rest of the year.

Ian Bishop gave the example of baseball, NBA basketball in America during this time, where close to 70 matches are played in a season. Then there’s an all-star break where the players get a week off, but the truth is it’s actually quite spread out.

5 Indian players whose Test career is almost over