IPL's big season ends, many players left an impression, which star got which award
Advertisement 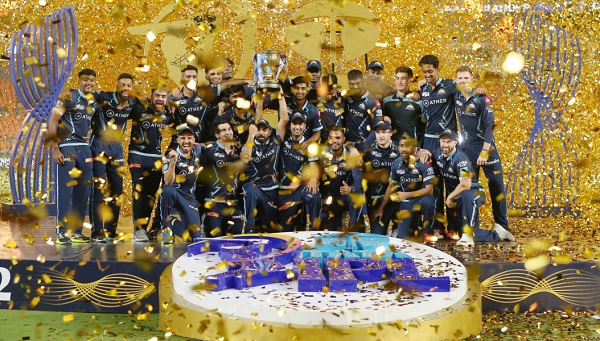 Season ends with many talks, many promises

Much talk, many promises, IPL 2022 came to an end on Sunday as Gujarat Titans (GT) clinched their maiden title with a 7-wicket win over Rajasthan Royals (RR) in Ahmedabad. Gujarat Titans, playing their first season, defied all pre-tournament predictions by winning the Indian Premier League title in their very first season.

It was not a team full of star players but Hardik impressed with the captaincy and got the best out of his colleagues. His performance with bat and ball also contributed immensely to the team’s victory. Hardik was an all-rounder in the final. He took 3 for 17 in 4 overs before playing a useful innings with the bat. Also Miller and Rahul Tewatia showed the ability to bounce back from any position, with Rashid Khan in the bowling.

Which star got which award

Throughout this season, the youngsters performed brilliantly and came into limelight. As GT won its maiden title at their home ground, the IPL honored players with individual awards for their stamina.

Sanju Samson won the runner-up trophy and a check of Rs 12.5 crore.

Jos Buttler’s only secret in the award

The catch of Evin Lewis, who ended Kolkata Knight Riders’ campaign, has been named the best of the season.

Fastest delivery of the season

Lockie Ferguson won the award for the fastest delivery of the season.

Rajasthan Royals and Gujarat Titans will share the fairplay prize.

Dinesh Karthik of Royal Challengers Bangalore won the ‘Super Striker’ honor, finishing the tournament with a strike rate of 183.33. He won the Tata Punch Car.

This player played throughout the tournament, broke in the final, butler’s heart was filled with heart-wrenching defeat