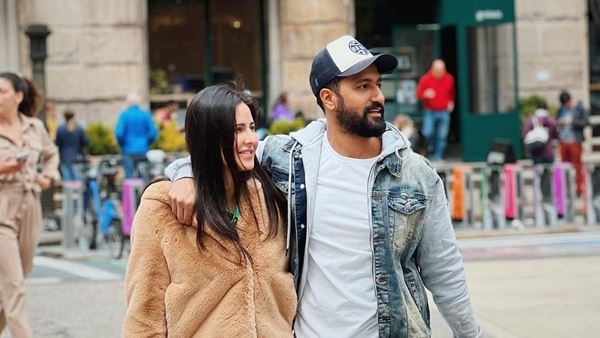 That’s why the news of Katrina’s pregnancy spread

Actually, a few days ago, Katrina Kaif was spotted at the Mumbai airport wearing a very loose salwar-kurta. After this look of her, it was being claimed on social media that she was pregnant. Now Vicky Kaushal’s spokesperson has issued a statement on these reports. According to the news of Hindustan Times, reacting to the pregnancy rumours, Vicky’s spokesperson has said that there is no truth in them. This report is false. This is a rumour.

At the same time, according to the report published in Times Now, Katrina Kaif’s team has also called all these claims false. Along with this, it has been said that Katrina is not pregnant. Katrina Kaif is currently in New York with husband and actor Vicky Kaushal. The actress also shared a picture of her fun-filled moments on social media. While sharing these pictures, the actress wrote in the caption – ‘The house of all things… my favorite place.’

Katrina is spending her holidays in America with her husband

Since marriage, both Katrina and Vicky have been sharing their photos of every occasion on Instagram. Both are spending time with each other fiercely, as well as sharing photos of these beautiful moments with the fans.