'It is not right to humiliate like this a few days after giving Padma Bhushan', Chirag said on getting the bungalow vacated
Advertisement 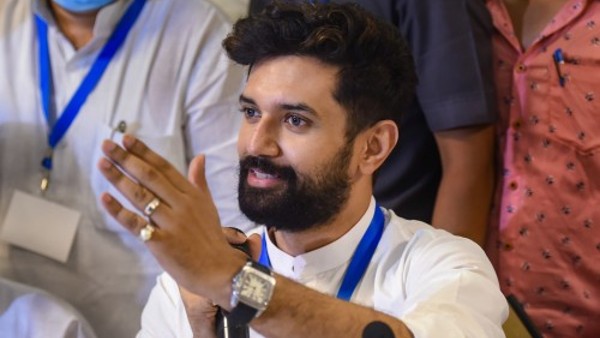 New Delhi, April 5: Bengal allotted to former Union Minister Ram Vilas Paswan was vacated from his family last week. Now his son and MP Chirag Paswan has expressed grief over this. He also said that the way his family was thrown out and humiliated, it felt like he had been cheated.

Talking to NDTV, Chirag said that he was ready to vacate the 12, Janpath bungalow as his family was not entitled to it after the death of Ram Vilas Paswan. Whatever happens to the government, it cannot be permanent and we will never think of claiming it. He got a chance to stay in that house for a long time, due to which he considers himself lucky. The house was practically the birthplace of the social justice movement.

Chirag further said that I do not feel bad about losing the house. They don’t have to go someday or the other, they only object to the way it was done. He said that the deadline to vacate the house was March 20, due to which he was ready to leave a day earlier, but he was stopped with an assurance. When he was evicted from the house, the belongings were kept on the roadside, which had pictures of his father.

The LJP MP said that the pictures of my father were thrown out of the bungalow. Such an insult is being done to the person to whom you have given Padma Bhushan this year. On the other hand, when Chirag was asked whether he still sees PM Modi’s Shri Ram and himself as Hanuman, on this he said that I am on my way for the last one and a half years. There is no point in such an alliance where there is no mutual respect.

North India in the grip of scorching heat, these are the 10 most hot cities of the country