Jadeja stepping down from captaincy, Rayudu's retirement to reverse, there is something wrong with CSK
Advertisement 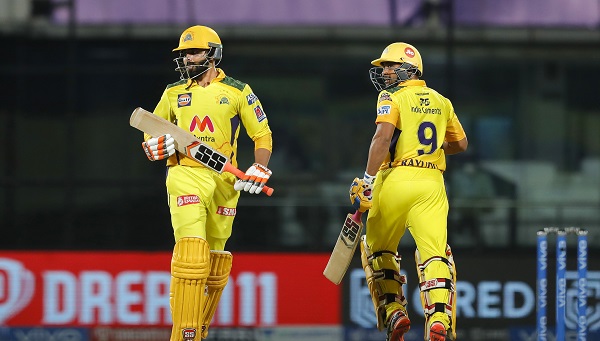 New Delhi, May 14: The news of Ambati Rayudu’s retirement has told that all is not going well in the CSK team. Although Rayudu had to delete the tweet at the behest of the team’s CEO and he has rejoined the team, but before this Ravindra Jadeja has also played such a game of eyeballs. He was also bought from Dhoni by paying a hefty amount but he could not prove to be the right captain and he did not know what internally, that suddenly he left the team by handing over his resignation to Dhoni. He is said to have minor injuries.

Even though team CEO Viswanathan says that Jadeja had stepped down as captain, Jadeja’s teammates say that the player was not happy with how the captaincy issue was being handled. It is not hidden from anyone that Dhoni himself had handled half the captaincy, which was also criticized a lot.

Now the CEO says that Rayudu tweeted because he was disappointed with his poor performance in the current season. Rayudu had scored only 271 runs in 12 matches. Describing Rayudu as desperate, Viswanathan suppressed the matter, but quoting those with insider knowledge of the team, the Indian Express has told that there is some problem going on in the team.

CSK CEO Kasi Viswanathan told The Indian Express, “He hasn’t retired. He was a little disappointed at not doing well this season. So (in desperation) he put it on Twitter. Then I called him up. and said that the management does not believe (that he is not contributing) and he should not (retire). He agreed to it. He is so attached to the franchise, he felt that he is not doing well. And he should leave. That’s all.”

But the insider told in the information shared from this website that, there are problems in a big family, there will always be some problem. As we are going through a little problem, we will come out of it too. We have the means to do this.

‘Screaming from the dugout means that in the team..’, Kaif told why Hyderabad is flopping in IPL 2022

‘He used to sleep without having a full meal, but did not tell his mother’, remembering the days of struggle, the RR bowler got emotional