Jadeja's big statement on Dinesh Karthik, he can do commentary; I will not pick him in Indian team
Advertisement 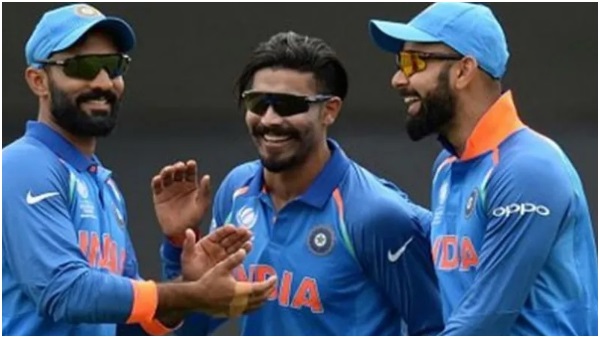 Shami selected in the team

Jadeja picked his bowling attack while talking to fan code ahead of the start of the fifth and final T20I match between India and West Indies in Florida on Sunday. It included three fast bowlers and one spinner. Notably he picked Mohammed Shami, who hasn’t played a single T20I match for India since the last World Cup. He dropped Bhuvneshwar Kumar, who has been the highest wicket-taker for India during this period.

He said, “I have included Shami in the team. So for me I choose the bowlers first, then Shami, Bumrah, Arshdeep and Chahal are the four sureties. In batting, there are four sureties for me Rishabh Pant, Hardik Pandya, Suryakumar. Yadav and Deepak Hooda. For this bowling attack you have to sort out the powerplay, middle overs and death overs. You can bowl them anywhere. Even the batsmen are capable of doing a little bit.”

India has changed its approach to batting in T20I cricket. India has adopted an aggressive brand of cricket under the leadership of Rohit Sharma from a conservative point of view. Pointing to India’s new batting strategy, Jadeja said that former India captain Kohli could be dropped from the team if he keeps at it. However, he explained that if India goes the way of MS Dhoni then the selectors will keep Kohli and then Dinesh Karthik will have to be picked in the XI as well.

Karthik is a good commentator

Jadeja explained “Now if you want to play the way I have heard them… aggressive then you have to choose differently. If Virat Kohli and Rohit Sharma come you need Dinesh Karthik at all costs. But If you don’t have either of the two then Dinesh Karthik has no work here. But yes I will not put Karthik there, he can take a seat next to me. He is very good as a commentator. But there I won’t pick him in the team. Now the decision is whether you want to play Ravindra or Akshar. If Dhoni is the style then add Kohli, Rohit and Karthik. But in modern cricket you have to drop Karthik. Maybe even Kohli. Depends on whether he is in form or not.

CWG 2022: These five soldiers of the Indian Army shine in the Commonwealth Games, winning medals increased the country’s pride

Haryana proved to be the ‘Rana’ of the war of sports, won the most medals for India in the Commonwealth