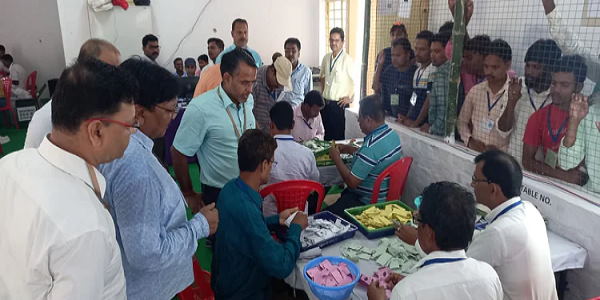 Palamu, Counting of votes for Jharkhand three-tier panchayat (general) elections-2022 in the first phase is going on today. By morning, preparations were completed at the counting centers in many districts, after which the counting of votes started from 8 o’clock. Election Commission officials said that in the first phase, on May 14, elections were held in 1,127 gram panchayats in 72 blocks of 21 districts. On May 14, polling was held in 6 blocks of Palamu. In the first phase, in 62 panchayats, a total of 1895 candidates were in the fray for the post of headman, zilla parishad member, panchayat representative and ward member. The box of fate of all of them is going to open today.

A total of 30,221 candidates for the four posts
According to the guidelines of the State Election Commission, today the decision is being taken for the victory and defeat of a total of 30,221 candidates for the four posts of Panchayat. Of these candidates, 17,437 have been reported as women. At the same time, out of the total 9,819 seats in this phase, 5,057 seats were reserved for women. The total seats include 7304 seats for Gram Panchayat members, 1,117 for Mukhiyas, 1,256 for Panchayat Samiti members and 143 for Zilla Parishad members. For Gram Panchayat member, 17,822, 6,890 for Mukhiya, 4,694 for Panchayat Samiti member and 815 candidates for Zilla Parishad member will be known.