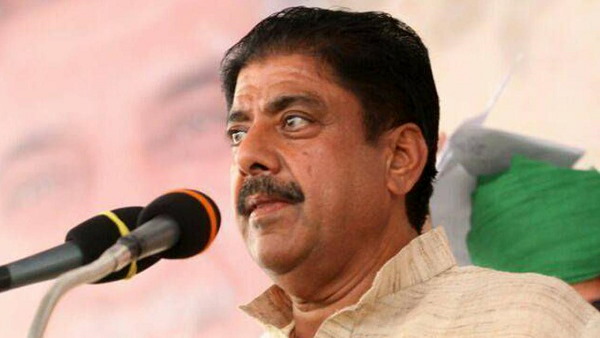 Panchkula, 5th May 2022Jannayak Janata Party’s membership drive across the state has given new strength to JJP and under this campaign, the party has made about seven lakh new members. After successful membership drive of JJP, now student organization INSO will also run membership drives in educational institutions across the state and for this a target has been set to connect one lakh students. This information was given by senior party leaders in the state level meeting of JJP held in Panchkula.

Along with this, the upcoming light level public meeting programs of JJP National President Dr. Ajay Singh Chautala and Deputy CM Dushyant Chautala were also announced by the party. In this meeting chaired by the party national president, Deputy CM Dushyant Chautala, JJP state president Sardar Nishan Singh, senior leaders Dr. KC Bangar, Anantram Tanwar, cabinet minister Devendra Babli, minister of state Anoop Dhanak and all the district in-charges of the party’s membership campaign and light. In-charge, state in-charge and state president of all cells, all district presidents and presidents of general body, JJP MLAs and senior leaders were present. In the meeting, many topics including review on JJP membership campaign, upcoming municipal elections, programs and organization of senior leaders were discussed in detail and many important decisions were taken.

JJP National President Dr. Ajay Singh Chautala informed that from March 13 to April 25, JJP had launched a membership drive across the state. Under this campaign, party officials and workers went door-to-door and apprised lakhs of people about the policies of the party. He said that during the membership drive, there was a lot of enthusiasm among the people to join JJP and about seven lakh people took the membership of JJP. On the other hand, JJP Principal General Secretary Digvijay Singh Chautala told that after successful membership campaign of JJP, now INSO will also run membership drive in educational institutions and will connect about one lakh students with INSO. Along with this, INSO will strengthen its hold in other states as well and for this, INSO will celebrate its foundation day on August 5 at Rajasthan University, Jaipur.

5 big light level public meetings of Ajay Chautala and Dushyant Chautala in the month of May
Party State President Sardar Nishan Singh said that due to the Rabi crop season, the programs of the light level public meetings postponed by the senior leaders are now being started again in full swing. He said that by the end of May, party’s National President Dr. Ajay Singh Chautala and Deputy CM Dushyant Chautala would hold large public meetings in five circles and make the public aware of the party’s policies and the welfare schemes of the coalition government. Nishan Singh said that according to the programs announced by the party, a huge public meeting will be organized in Kharkhoda on May 15 and Narnaund on May 17. Similarly, by the end of May, there will be public meetings in Barwala, Tohana and Sohna assembly constituencies.

The meeting also discussed in detail about the upcoming municipal elections. JJP National President Ajay Chautala, Deputy CM Dushyant Chautala, Party State President Sardar Nishan Singh and other senior leaders made a strategy regarding the election and gave necessary guidelines to the party office bearers. Sardar Nishan Singh told that JJP will fight this election with strength. He said that the in-charges of the party formed in the municipal councils and municipalities are organizing continuous meetings regarding the elections and in today’s meeting all the in-charges have submitted their reports. Apart from this, the party has almost completed the work of expansion of its organization.

With your entry, this time there will be a triangular contest of three models in Himachal elections!