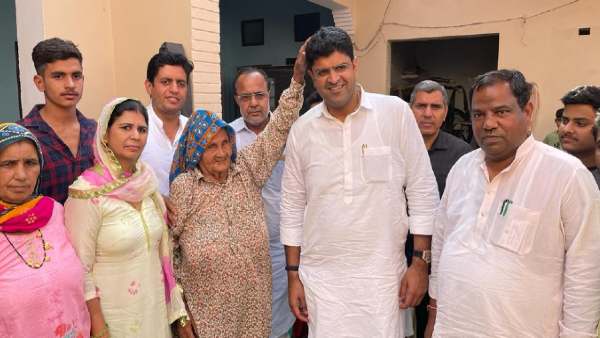 Gurugram, 15 May. Jannayak Party (JJP) is going to intensify its membership drive to strengthen the party at the grassroots level. The ‘One Booth One Youth’ program will be started by the party. Through this, there is a plan to connect new youth colleagues with the party at the block level. JJP will organize seminars to mobilize the youth.

Haryana Deputy CM Dushyant Chautala has given important guidelines to the young office bearers of JJP for this. Deputy CM Chautala said that young office bearers of JJP have played an important role in strengthening the organization. Youth JJP should start ‘One Booth One Youth’ program at block level to strengthen the organization. These things were said by Deputy CM Chautala while addressing the state executive meeting of JJP Youth Cell held in Gurugram on Saturday. In which JJP’s youth cell’s state president Ravindra Sangwan, all the office bearers of the youth JJP state executive, all the youth district heads, including all the youth wing heads and other workers were present.