Johnny Depp Testifies For Second Time In Court, Says If He Had Taken That Many Pills He'd Be Dead
Advertisement 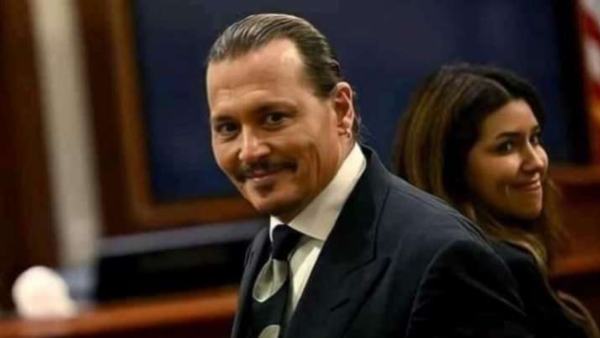 Johnny Depp took the stand for the second time in the Fairfax, Virginia courthouse to refute testimonies previously given by witnesses and Amber Heard claiming that the actor hit his ex-wife. Depp said that the allegations of violence against him are “heinous” and added, “I have never in my life committed sexual battery, physical abuse.”

Heard previously had testified that Depp hit her, and any time she used force, it was to defend herself. Depp is suing Heard for $50 million, claiming a 2018 Washington Post op-ed she penned where she called herself “a public figure representing domestic abuse” defamed the actor and caused him to lose work in Hollywood.

Depp in his second testimony on Wednesday (May 25) said, “Ms Heard hit me,” when he was shown a photo of himself with a black eye from his honeymoon and was asked how he got the injury.

Depp also opened up about Heard claiming that the actor took about 8-10 MDMA pills around the time Depp had severely injured his finger in 2015. Depp testified that consuming that many pills would not be possible for him, “Because I’d be dead . Pretty sure I’d be dead. I think one would die. Probably rather quickly.”

Talking about his injury and what he told his doctor, Depp added, “When you saw the damage in the house and the blood everywhere and obviously there was serious damage everywhere, there would be no point in lying to the man. He’d been through it with me and Ms Heard before. I told him that she had thrown a bottle of vodka and smashed and cut my finger off. The tip of my finger. A good chunk. I miss it.”

Meanwhile, Heard has also countersued Depp for $100 million for defamation over statements claiming her statements of abuse were a “hoax.” The verdict on both cases is expected to be heard on May 27, 2022.