Johnny Depp's defamation case in headlines, had dated these actresses before Heard
Advertisement 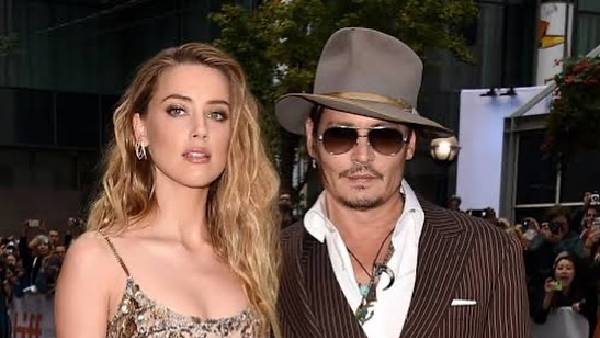 Depp married makeup artist Lori Anne Ellison in 1983. At that time Depp was only 20 years old and Alison was 6 years older than him. Depp met Alison through his brother. However, after living together for two years, the couple decided to part ways in 1985. But even after the breakup, both remained good friends. Alison told Depp in the year 2016 that he is a very soft hearted person, who never shouted at me.

In 1985, during the shooting of the short film ‘Dummies’, Depp met actress Sherlyn Fenn. The couple dated each other for three years. Like Alison, Sherlyn is also seen saying good things about Depp.

Depp and Gray dated each other for about 9 months. The two were about to get engaged in early 1989, but Jennifer Gray called off the engagement. Then Gray’s 29th birthday was also about to come. Now Jennifer has also talked about her and Grey’s relationship.

After seeing Winona at the premiere of Ryder’s 1989 film “Great Balls of Far”, Depp fell in love with her. However, in 1993, the couple separated from each other. Ryder still talks about the good times of their relationship.

Depp’s relationship with Barkin began in 1994. Barkin was then married to Irish actor Gabriel Byrne. However, the two separated after some time.

Depp and model Kate Moss began dating in late 1994. The relationship between the two lasted till the year 1998. Moss told how difficult the breakup time was for her. At the same time, she cried about Depp for years.

After separating from Moss, Depp started dating Vanessa Paradis. Vanessa also had a daughter named Lily Rose and a son named Jack in 1999. In the year 2012, both of them revealed about the end of their relationship.

Rumors of Depp and Amber Heard dating also arose after they met on the set of the 2009 film ‘Rum Diaries’. The couple got married in 2015 on a Caribbean island. Heard then accused Depp of physically torturing her. However, Depp denied all these allegations. After this, Depp finally filed for divorce. This matter of their relationship has been a matter of discussion for a long time.