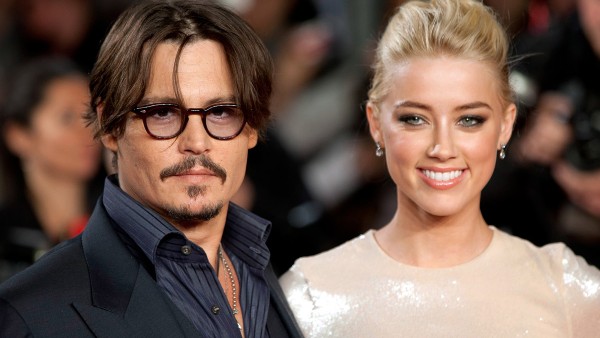 Johnny Depp’s lawyers were seen celebrating in court when the actor’s ex-wife Amber Heard mentioned British model Kate Moss during her testimony. The actress publicly alleged that Depp pushed Kate down the stairs, which has not been confirmed by Kate herself.

Earlier this week, a video went viral on social media in which Depp’s lawyers can be seen celebrating with laughs and fist bumps amid the trial. During her testimony, Amber was recounting a fight between her and Johnny that took place in March 2015 and also involved her sister Whitney Heard who was trying to protect her.

She told the court, “(Whitney’s) back was to the staircase, and Johnny swings at her. I don’t hesitate, I don’t wait – I just, in my head, instantly think of Kate Moss and stairs. And I swung at him. In all of my relationship to date with Johnny, I hadn’t landed a blow. And I, for the first time, hit him, square in the face. And he didn’t push my sister down the stairs. “

As soon as Amber said ‘Kate Moss and the stairs,’ Johnny and his attorney Ben Chu smiled. Ben even turned around towards his team and pumped his fist in the air. He then turned to Johnny and said something to him. Take a look at the video,

Notably, Moss has never said Depp abused her, but in a 2020 libel trial between Depp and British newspaper The Sun, Heard claimed in court that two people told her Depp pushed Moss down a set of stairs.

The trial is all set to resume next week, on May 16. Before the court took leave, Heard finished her testimony but has not yet faced cross-examination from Depp’s lawyers. Last week, a spokesperson for Depp called Heard’s testimony “the performance of her life”.

The spokesperson added that the cross-examination of her “will be most telling, and will certainly highlight the many fallacies Ms Heard has now attempted to pass off as fact throughout her convoluted testimony,” revealed Forbes.

Guardians Of The Galaxy Vol 3: Dave Bautista Bids Goodbye To Drax In An Emotional Wrap-Up Post

Prithviraj Budget and Box Office Collection: Akshay Kumar’s film will have to earn this much to become a blockbuster