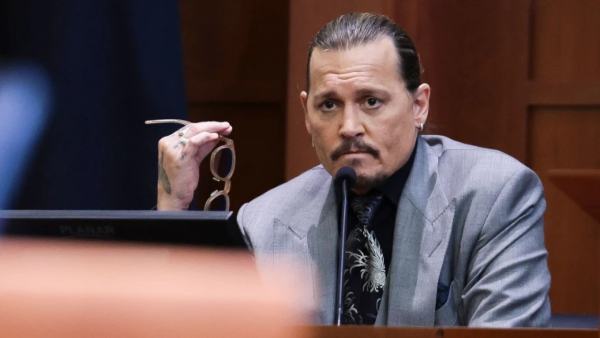 Johnny Depp and Amber Heard’s defamation suit is coming close to an end. The closing arguments are set to be made by both sides on May 27, 2022 post which the jury will be given time to come to a verdict unanimously. Meanwhile, fans have been doing their best to dig up new information about the trial and the stars involved.

Kate Moss recently testified in favor of Depp on Wednesday. SpaceX and Twitter owner Elon Musk’s former relationship with Heard was also brought up in the court. According to recent reports, throwback chats of Depp against Amber and Musk are currently going viral on social media.

For the unversed, Elon Musk and Heard had a on and off dating history after her divorce with Depp. However, the Pirates of the Caribbean actor has claimed that the two had an affair hardly a month after his wedding to Heard.

“She’s begging for total global humiliation….She’s gonna get it.”

The leaked chats from Depp to his former talent agent Christian Carinno show the actor talking about Heard. Depp wrote, “She’s begging for total global humiliation….She’s gonna get it.” (sic)

Another excerpt from Depp’s viral chats called her “gold digging, low level, dime a dozen, mushy, pointless, dangling overused flappy fish market”. (sic) Another text reads, “I can only hope karma kicks in and takes the gift of breath away from her.” (sic)

Johnny Depp and Amber Heard met on the sets of

The Rum Diary
(2009). The two tied the knot in 2015 after dating for a while. In 2016, Amber filed for divorce, alleging that Johnny had physically abused her under the influence of drugs or alcohol. The divorce was finalised in 2017 after Johnny denied the allegations and stated that it was Amber, who was “attempting to secure a premature financial resolution by alleging abuse.”

In 2018, the Pirates of the Caribbean actor filed a defamation case against his ex-wife for her op-ed in The Washington Post claiming that she’s a domestic abuse survivor.

Nargis Fakhri fell on the road after hitting a pole while riding a bicycle, video went viral!