'Joke is okay to an extent, but...', what Salman Khan said on Will Smit's slap scandal
Advertisement 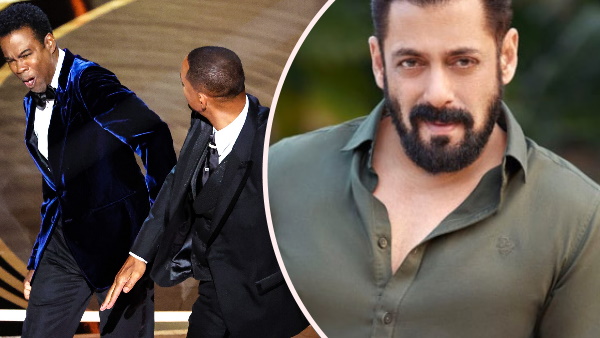 Will Smith said on the slap scandal Salman-joke is okay to an extent, but…

During a media event organized for the promotion of International Indian Film Academy Awards (IIFA), Salman Khan said that it is important for the host to be sensitive. Humor should always be above the belt and never below the belt. I have hosted shows like Bigg Boss, Dus Ka Dum and many live shows on Manch. I always take care of these things.

Apart from this, he gave the example of his hit reality show and shared that he knows where to draw the line even when he is angry. Whenever I host Bigg Boss and there is something wrong with one of the contestants who has made me angry or disappointed, I ask to leave the show, but I know there is a limit. After all, the contestants are also staying at home and they have to perform, so learn to be patient and sensitive towards them.

Salman Khan said that, I do not cross the limits. Whatever I have to say, I say it on a given Saturday and then on Sunday I normalize everything. Even the contestants know that no one likes abusing or loud voice. If they grumble too much, it won’t help their career. No one in the film industry wants to work with bullshit people.

I get angry for the contestants: Salman

Salman further said that, it is a television and everything cannot be shown here. In such a situation, many times people feel that my reaction is too much, but it never happens. My reaction comes only when things go out of bounds. Even after speaking many times, when people do not improve it, then I do what I should do.” Salman Khan told that if he is angry with anyone in ‘Bigg Boss’, then he will do it for himself or for the show. No, but for the contestants.

At the same time, Varun Dhawan, Manish Paul, who are hosting this year’s IIFA, also shared their opinion on the matter. Varun said, “They get angry and one has to be careful. An artist should see what the writers have written,” Manish said. “Earlier the humor used to be open and now things are sensitive,” Varun said. Whenever I have been on stage, I have not hurt anyone. It all depends on your sense of humour.

Poor, uncle, dumb… these words were seen making fun of the journalists, John said- ‘You have left your mind…’