Jos Buttler set a flurry of records in Rajasthan's victory, not 1, 2 or 3 ... made so many records
Advertisement 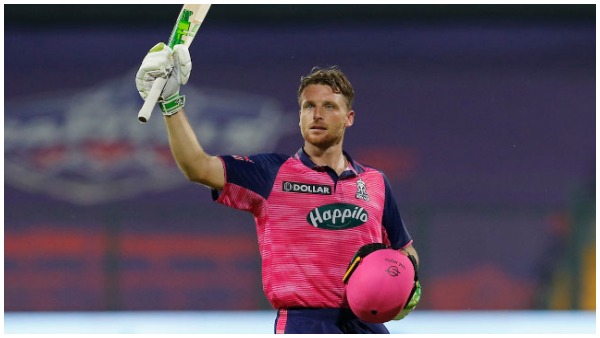 In the 15th season of IPL, Jos Buttler has so far scored 824 runs in 16 innings. This is the first time that an English player has scored 800+ runs in a season. Also, Jose is only the third player in the history of the tournament to score 800+ runs in a season. Before him, Virat Kohli scored 848 runs for RCB in 2016 (973) and in the same year David Warner scored 848 runs for Sunrisers Hyderabad.

Butler, the emperor of centuries

Butler became only the second player to score four centuries in a season. Before him, in the year 2016, Kohli had scored four centuries as captain for RCB. With this, Jos Buttler has become the third batsman to score the most centuries in IPL. Jose has scored 5 centuries in the history of IPL. The names of Virat Kohli (5) and Chris Gayle (6) come before him.

Jos Buttler is only the sixth player to score a century in the playoffs.

Jos Buttler became the 19th and only the third England player to hit 350 sixes in T20 cricket. Jose’s bat got six sixes against RCB. In quick cricket, Butler has hit 354 sixes in 314 matches. Before him, the record of hitting 350 sixes in this format for England is in the name of Alex Hales (365) and Eoin Morgan (352).

Buttler has hit 45 sixes in 16 matches in IPL 2022. No player has hit so many sixes for Rajasthan Royals in a season so far.

Virat Kohli could have run, but did not take the run, kept the spirit of the game above, honesty won the heart

‘sincere thanks ! Neither he would reject, nor would he become the king of IPL.