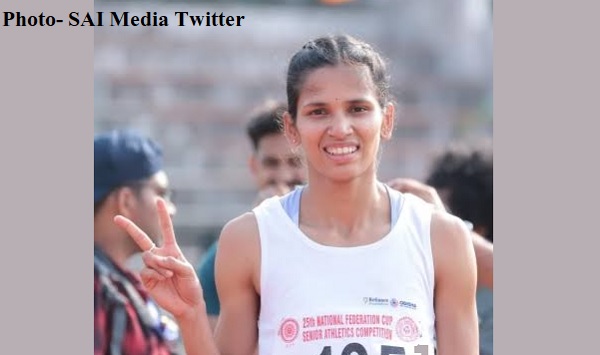 New Delhi, May 11:
India‘s Jyoti Yaraji has achieved a remarkable feat. Jyoti is making a name for herself by winning a gold medal in the 100m hurdles. She won this medal at the Cyprus International Athletics Meeting in Limassol where the women’s hurdle race took place. With this medal, Jyoti has also broken the national record.

Jyoti clocked 13.23 seconds to finish highest on the podium, breaking a 20-year-old national record in the sport. Earlier, Anuradha Biswal had set a previous record of 13.38 seconds in 2002.

Giving information about the matter, SAI Media tweeted on Wednesday, “Heartfelt congratulations to Jyoti Yaraji on breaking the 20 year old national record of Anuradha Biswal (13.38/2002) in women’s 100m hurdles. Jyoti sets a new national record. And took 13.23 to win the gold at the Cyprus International.”

Heartiest congratulations to
Jyothi Yarraji on breaking the 20 year old

Jyoti’s effort also got her a direct entry in the Asian Games as she also broke the qualifying standards of Asian Games 2022 (13.30).

India reached the quarter-finals of the Uber Cup 2022, PV Sindhu-Akarshi rocked the US team